Let's Get To The Nitty Gritty - Horace Silver

Broadcast June 2006
Horace Silver was born in Norwalk, Connecticut in 1928. His mother died when he was nine, so for the most part Silver was raised by his hardworking, principled father – an immigrant from the Cape Verde Islands. Growing up in a small town and attending Catholic school until the eighth grade, Silver kept his nose clean and dreamed his dreams. By the time he entered high school, he had his own saxophone and was trying to learn to play like Lester Young. At the same time, he was taking piano lessons, so the young Silver was a valuable musician. He was willing to go anywhere his father would let him to play.

As Silver was coming out of his teen years in the early 1950s, New York City was home to dozens of jazz giants, the 52nd Street clubs, and the birth of bebop. Just 50 miles down the highway from small town Norwalk, the big city music scene was a magnet and a finishing school for the young Silver. Silver worked first with Stan Getz, then freelanced around the city with names like Lester Young, Coleman Hawkins, and Oscar Pettiford. In 1953, Silver joined with Art Blakey to form the Jazz Messengers, and their first album created the mold for the rootsy style of modern jazz known as hard bop. But the use of drugs among members of the Messengers, including Blakey at the time, convinced Silver he should take another path.

It didn’t take long for Silver to find trumpeter Blue Mitchell and tenor Junior Cook to form the most famous version of the Horace Silver Quintet, which, on the Blue Note label, recorded now classic albums like Blowin the Blues Away and Song for My Father. From that point forward, Silver’s tight, imaginative, funky playing and his distinctive, harmonically sophisticated compositions would mark him as an influence on generations of players. In the 70s and 80s, however, although Silver continued to write and record, without the support of a major label, he fell out of the public’s awareness. In the 1990s, Silver returned to Columbia Records and has put out a string of first rate recordings – including Hard Bop Grandpop and Music Has A Sense of Humor. Sad to say, for a time, Silver was forgotten but not gone.
All the more reason for Silver himself – in his modest, graceful, and kind way – to take up his own cause in Let’s Get To The Nitty Gritty, written by Silver with help from Phil Pastras. In telling his own story, Silver never strays too far from music – Lady Music, as he calls her. The details of his childhood and his friendships and romances, his marriage and son – all of these are presented in a matter-of-fact way but without a great many, shall we say, sordid details. Not that there necessarily are sordid details. Silver says he has lived a clean and even spiritual life, to the benefit of both his music and his longevity. Nitty Gritty is shot through with appearances by and stories about jazz greats from the past 50 years, but the closest it comes to digging up any dirt is Silver’s parting of ways with Art Blakey. And even then, Silver always takes the high ground – in the end burying the hatchet.
Straightforward, with a light sense of humor and a genuine sense of the joy to be found in life, this autobiography should remind everyone just how important a pianist and composer Horace Silver is – and that his life is all the more remarkable for the well-lit path he walked each day.
by Unknown No comments: 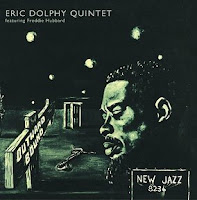