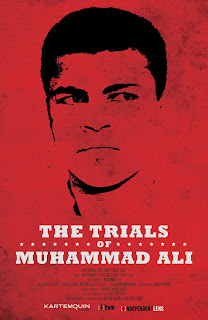 A new documentary about the audacious boxing champ and cultural icon explores the more controversial years of Ali's career during the 1960s.  One of the film's producer's, Rachel Pikelny, talks about the making of the movie.

Trailer for 'The Trials of Muhammad Ali'
Miami Beach Cinematheque