At the suggestion of a few trusted advisors, I'm going to give Tumblr a try, although I might not be putting much up there that can be found at any of my other usual channels -- see the links below.  From time to time I come across images that I might like to share, particularly related to comics and film, and it would be nice to have a quick and clean way to post that material.  If you know anyone who's deeply committed to Tumblr and might like the content provided here on Passing Notes, feel free to forward the PN Tumblr link. 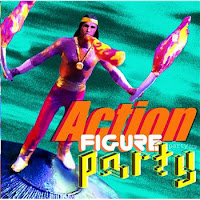 So there's this party, and all those in attendance are action figures.  All the little plastic people also happen to be from a particular brand called Action Figure Party.  And wait, look, the final guest has arrived -- another action figure.  This is the meaning of the lyric: "It's an Action Figure Party action figure party action figure."  Can't figure it out?  Then you'll just have to listen to the Jazz Cafe this Sunday morning from 7 to 9 am on 88.9 FM WDNA. I'll be playing a mix of funk and fusion, including the Headhunters, Weather Report, Mahavishnu Orchestra, and more contemporary sounds.  In the second hour, as usual, we'll be mixing in some of the new music that's arrived at the home office of late.  Tune in! 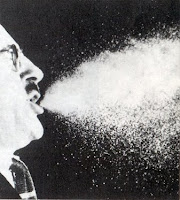 I've been sick lately, and so has the rest of the family.  It all got me to thinking about health care and Franklin Delano Roosevelt, if you want to know.

All the kerfuffle about Jonathan Franzen's Freedom and the accompanying perception of sexism in some circles of literary journalism turns out (again) to be founded -- at least statistically, according to VIDA (Women in the Literary Arts.)  Meghan O'Rourke nicely breaks down the numbers and offers some analysis and reflection in her piece in Slate.  The question seems to be reduced that age-old question of canon -- who takes part in that conversation about what is considered "important" literature. 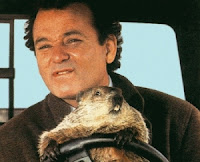 From the wayback machine, a few thoughts on my favorite holiday -- and one of my favorite movies -- of all time.  In full honor of the great Bill Murray and February 2.

PN Archives - 4th Chair Trombone (or, What Black History Month Means to Me) 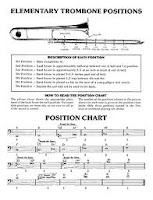 From the Passing Notes Archives, a piece from way back in honor of Black History Month.  This piece answers the question that some people might have about why a guy like me might have such an intense interest in jazz and blues. I'm sure the story of this Franco-Irish kid from the woods of Maine is similar to many others out there. How about we go to the National Endowment for the Humanities site on such matters for more information?