I'm not much for reality television programming, but I have to admit that the premise of Teach: Tony Danza, intrigued me. On two counts, I thought it might be a terrible idea, and I suspected I would see: 1) A show that would not really capture the day-to-day work of educators and students but instead focus on melodrama in the classroom, or 2) A show that would get close enough to the reality of schools, but that would give Danza too easy an assignment.  On a third count, I thought it might be a great idea and be, 3) A show that would be realistic and show how practically every teacher struggles to find equilibrium and success in the classroom.  As a television program and as a real look at teaching, I think we might have a promising start, to judge from the first episode.
Now, I've been teaching for over 20 years, first as in the Project Upward Bound program, and then a variety of assignments in public school, colleges, and educational publishing companies, and I've settled into independent school teaching for the past decade and a half.  My school setting is a bit more genteel here in suburban South Florida than in Danza's urban Philadelphia school, Northeast High, with some 3700 students. At the same time, I teach five periods a day, compared to Danza's one.  I average 75 or so students a year, compared with Danza's 30.  Many public school teachers have well over 100 students each year.  Good schools -- public and private -- provide rookie teachers with mentors, and Danza has one as well.  I've taught all kinds of different courses at all kinds of levels, and this year I'm teaching 10th grade English.  Danza's assignment: 10th grade English.
My favorite moment in the first episode in almost a throwaway.  Danza is standing in the hallway talking with some students, and a kid walks by and, in full Teen Sarcasm Mode, yells, "Ooh, it's Tony Danza!" and keeps on going.  The celebrity of Being Tony Danza only goes so far in the real world, as Hollywood Tony is brought down to reality by the administrator in the main office for not signing in to work, by the school principal who makes it clear she'll fire him if he can't teach, and, most accurately, by the football coaches and team, as well as his own students, who make the observation that Hollywood Tony is always on stage.  Don't want to read your essay in class?  No problem, Hollywood Tony will handle it.  It's just like a table read!  After a week, Hollywood Tony's kids admit that they're not learning much from Hollywood Tony.  Nice enough guy, but, frankly, they're waiting for Mr. Danza to show up and explain the omniscient narrator so that everyone can understand it.
The way that Teach's producers have condensed Tony Danza's first week at Northeast, it would seem that Tony Danza is really in over his head.  He's like a some people who, full of noble intentions and condescension for the profession, just show up on the first day of school and think they can "make a difference" simply by, well, wanting to make a difference.  What Hollywood Tony seems to start to realize (maybe) by the end of the first episode is that, first of all, he really needs to know much better the content and skills he's been tasked with sharing with students and, secondly, his being in the classroom is not about Hollywood Tony. It's about the students. It's always about the students.
The work each day in the classroom is not like performing a show for an audience who will see you that one time.  A teacher will see his or her students for 3 or 4 hours a week, for about nine months.  That's a relationship, so the priorities of an entertainer don't really work.  No matter how awesome a relationship with anyone might be, it's got to be based on give-and-take.  This is what the other professionals -- in one way or another -- keep telling Hollywood Tony.  In the long run, most educators will learn that one needs to be interesting but not necessarily entertaining, to have a personality but not get too personal, to be an expert but also to be accessible, and not to worry at all about being popular.  Don't worry about being liked -- just be likable.  It's better as an educator to be respected for your teaching; the popularity will take care of itself.
Dramatically, of course, the nine-episode season won't work if Hollywood Tony doesn't struggle on his way -- one suspects -- to becoming Mr. Danza.  The best moments in the opening episode happen when the aura of celebrity is all-too-apparent, as when Hollywood Tony goes a overboard in encouraging the students to use hand sanitizer, or when he's forced to admit he's a millionaire (actually, he's estimated to be worth $15 million), to which he says, "A million is not what it used to be."  Yeah, right.  Equally enjoyable are the many moments when teachers, coaches, parents, and students address the camera -- or Hollywood Tony himself -- and simply say that this little experiment looks like it's not going to work.  And Danza, in his best moments on screen, seems close to admitting that they might be right.
It's nice to know he's taking the responsibility seriously.  It's enough to make you want to tune in to A & E next Friday night.  I know I will.  I'd like to see Hollywood Tony have an even tougher time, at least for the short term.

A talk with Cocaine Cowboys 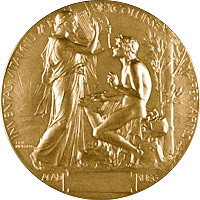 From the folks at The Literary Saloon comes an article examining the changing odds -- yes, people gamble on these matters -- as to who will win the 2010 Nobel Prize in Literature. Not that I have a few spare bills to put down on odds of any sort, I'm always a sucker for Margaret Atwood and Mario Vargas Llosa, and Saloon author M.A. Orthofer seems to think poetry is in the air this year.  Read the full article here.

Your playlist for today is all about the blues, with two legendary performers -- Muddy Waters and Howlin' Wolf.  My wife and I took a fun trip to Clarksdale, Mississippi last year and visited the Delta Blues Museum, which has the remains of the log cabin from Muddy Waters' time as a sharecropper and tractor driver.  And my wife is herself from West Point, Mississippi, home to Chester Burnett, AKA Howlin' Wolf.  Our friend Richard Ramsey runs the Howlin' Wolf Museum and the Blues Festival there, for which he and his group won an award in 2006 for historical preservation from the Blues Foundation.  Give Muddy and the Wolf a listen, why don't you?

PNodcast - The Future of Music 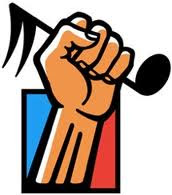 My good buddy Gregg (former drummer of, among other groups, Ninja Monkeys Attack, for which I was bassist) sent me a thought-provoking article about the difference between analog-recorded sound and digital-recorded sound.  Douglas Rushkoff, author of Program or Be Programmed, contributes an article to Boing-Boing that uses this digital-analog difference as a metaphor for many of the developments he considers philosophically troubling about going all-digital.  The article reminded me, in an indirect way, of an old broadcast review I did of a book by David Kusek and Gerd Leonhard

, a manifesto, if you will for the highly relevant Future of Music Coalition.

Rakontur Films, the excellent Miami-based independent film company, released a trailer last week for its next documentary, Square Grouper, about marijuana smuggling in South Florida during the 70s and 80s.  For those of you familiar with Cocaine Cowboys

, or the more recent sports documentary The U

, the latest from Rakontur will likely be a similarly skillful blend of off-the-beaten-path storytelling.  You might want to get your copy of The U sooner than later, as the University of Miami is asking Rakontur to change the cover art.  The trailer for Square Grouper is below.  On Friday's Passing Notes, we speak with Rakonur director Billy Corben about his films, sports, and even action figures.

Reader's Notes - The Philosophy of the Tea Party

I'm not saying I'm voting for any candidates who talk the talk or walk the walk of the Tea Party, but there will be people out there who do.  An interesting article on Literary Kicks does the work of listening for some of the more fundamental ideas amid the Tea Party rhetoric -- ideas that might appeal to citizens who aren't turned away by the race-baiting and xenophobia and Constantinian Christianity.  Those substantive key ideas -- libertarianism, constitutional originalism, and militarism -- I find disagreeable as well, and wrapped up with the rest of the intolerance and outrage.  Levi Asher of LitKicks, regardless, breaks down the political substance that is there -- all the better to have a real debate about real issues in November, rather than a mutual mudslinging match.  One can always hope.