I'm going to have to admit that it's over.  As a fourth-generation Red Sox fan (no pink hats in this household), now hopeful here in the 21st century after the brutal baseball realities of the Nation in the 20th, I feel comfortable with admitting that the Red Sox are toast.  An ambulance-squad's worth of injuries and good but inconsistent pitching have held them back from the 100 or so wins that it appears will be necessary to earn a playoff spot coming out of the American League East.

Now, the Red Sox might win 90 games this year, as suggested by Baseball Prospectus, a total that might be enough to reach the playoffs in a couple of other divisions in baseball.  But the whizzes at BP also place the Sox chances of making the playoffs at about 6 percent, and it's been dropping quickly.  The Yankees and the Rays are just too good this year.  David Price looks like a Cy Young winner, and if BJ Upton or Carlos Pena heat up at the end of the season, the Rays are going to be fearsome.  The great Carl Crawford, in a contract year, wants a ring -- and then he wants to get paid, baby.

Alex Speier of WEEI has written about the $20 million in salary and the roughly 1000 player/games lost to injuries to the Red Sox this year.  The gap right there would cost you about 10 games.  Say what you will about losing Cameron, Martinez, Buchholz, Beckett, and Varitek here and there, it's the loss of Pedroia and Youkilis -- All-Star caliber players as well as past and likely future MVPs -- that has hurt the most.  Statistics aside, as well, both Petie and Youk are home-grown guys who personify the Red Sox Way -- be a strong and steady all around, hard-nosed player who grinds it out every at bat.  But I'm not saying anything that hasn't been said before.

So where do you go from here? To 2011. I suspect that the Red Sox are about ready to trade Jonathan Papelbon, who likely will go into an arbitration process that will result in a one-year contract for $10 million.  I say, trade Paps early, make Daniel Bard the closer (at $415, 500), and spend the difference on getting some arms from the 40 or so middle relievers hitting the market.  I believe the team will re-sign David Ortiz, but it isn't going to be pretty, and Papi isn't going to get the money or the years he wants.  If Adrian Beltre makes 640 plate appearances this season, the Red Sox option for $10 million kicks in for 2011.  Free agent Victor Martinez may go, but the Sox have Jarrod Saltalamacchia in the fold, and, at 25 years old, he still may be coming into his own.  Presumably, with players healthy and a little money thrown at a fourth outfielder, a catcher, and the bullpen, the Red Sox should have the means to get their win total into the high 90s again.


Half the team is made up of products of the Red Sox player development.  If it works out that way, I think that's always an encouraging sign.  As for the rest of the season, I'm putting my money on the Rays.

PNodcast - The Labor of Music

A brief history of musicians as workers - in honor of Labor Day. 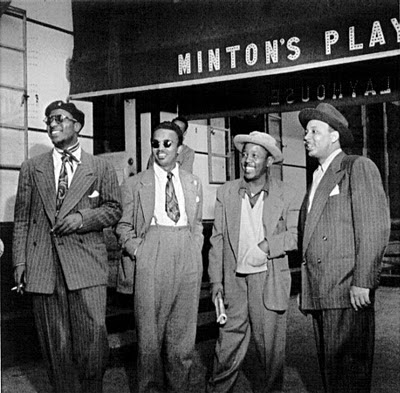 Passing Notes - The Labor of Music 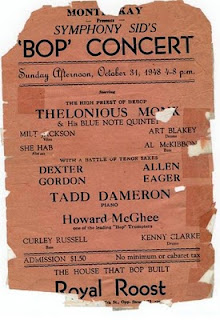 Labor Day was made an official holiday by President Grover Cleveland in 1894. Cleveland was trying to appease labor organizations and unions in the United States after another tense nationwide strike.  Of course the September date of Labor Day was far far away from May 1, International Workers Day, the celebration of the labor movement so chosen because of another ugly event in US labor history, the Haymarket Affair in Chicago in 1886.  You can look all this stuff up, of course, but the point is, the American Labor Day is, you know, different, exceptional, when you think about it in relation to what other countries do.  Sort of like how we still use inches, feet, gallons, and miles and the rest of the world uses the metric system.

Part of the working world in the past – and in the present – is made up of working musicians, those singers, instrumentalists, arrangers, and conductors who produce live music.  Back in the day before all of this newfangled music technology there were lots and lots of musicians who played music live for all kinds of occasions: dances and drinking, public and private occasions, parades and promenades, religious services – you name it.

Who knew that with the arrival of the player piano in the 1870s, the writing was on the wall—however faitly?  The days of many working musicians were numbered.  The number was very large, but you get the idea. Now, in the early days of sound recording, the playback quality was so bad that musicians didn’t really have to worry too much about it as a threat to their livelihood.  The vaudeville halls and even the silent films kept many musicians gainfully employed well into the 1920s, but with the arrival of the talkies – sound pictures, radio pictures --  in the 1930s, tougher times were ahead.  When the talkies hit New York, for instance, they put 3200 pit musicians out of work in the space of a few years.

Jazz as dance music survived pretty well –in its more consumable forms both as rhythm and blues and swing – but over the late 1940s and the 1950s jazz became more a music to be listened to than danced to.  Instead of entertainment, many jazz artists insisted that what they were doing was art.  Fair enough.  Art it is.  It is art.  For a while, people sat down and listened.  That was a great period in the music.  In New York, again, 52nd Street came alive famously with music night after night.

Of course, most working musicians had to deal with low wages, lousy conditions, secondhand smoke, and, in New York again, the highly discriminatory Cabaret Card system, which allowed city officials to revoke the right of musicians to perform, sometimes for the most arbitrary reasons.  Television, radio, hi-fi systems, and suburbanization all helped to kill jazz and other live music venues. In New York, by the time the cabaret card system was abolished in 1967, jazz venues were few and far between nationally – and rock was ascendant.

It was the worst of times for jazz and for many working musicians.  Some dropped out, some burned out, some fled to Europe. Census statistics show that during the 1970s the percentage of American workers who called themselves professional musicians was at an all time low.  Among the people, saturated with hundreds of choices of hits old and new, music fans could listen to whatever they wanted, whenever they wanted, at whatever volume they liked.

But a funny thing happened on the way to the record store.  Starting in the 1980s, some people had had enough.  Live music – of all forms – slowly became something in greater demand.  People wanted the live experience – excitement, presence, energy, creativity.  Again, if you look at the Census statistics, from 1980 to the present, there has been a slow but steady increase in the percentage of Americans who identify themselves as working musicians.  Go figure.  And the downloading digital age has accelerated this trend – with more types of music available much more cheaply, the live experience -- with just the right music for you – is all the more sought after.  There’s nothing like hearing it in person for the first time.

So, this Labor Day, honor the working musicians in your life, your neighborhood, your city.  Go to a gig.  Listen.  Maybe you can dance.  Enjoy the unique magic of that singular experience.  Then go home and practice your instrument.  You might be America’s next live music star.  Just don’t expect a big record deal. 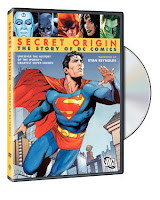 We'll change pace a little today with a trailer for a movie that I'm excited to see, despite the straight-to-DVD release: Secret Origin: The Story of DC Comics

-- due out November 9 -- looks to be a combination of tribute to the heroes and narratives of the stories of their creators. Goodness knows with the lawsuits over the years between DC and the creators of Superman and Batman, this film could be whole heaps of wrong. We'll see.

From the archives, an appreciative analysis of the hip-hop artist Mos Def.

Review of Suresh Singaratnam's Lost in New York on eJazzNews 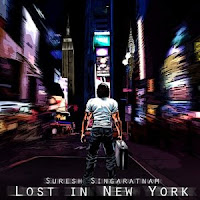 I had the pleasure of reviewing the debut jazz CD of trumpeter and composer Suresh Singaratnam this past weekend, and the piece is now up on eJazzNews.  From the writing and arranging, to the personnel in the band and the flat out monster playing on this release, I was thoroughly impressed.  I might even have some thoughts on the little comic book -- er, graphic novel -- that was included as part of the CD booklet.  Highly original and surprising, this Suresh.  I don't think he's a superhero, but you never know.  Perhaps he got lost in New York looking for a phone booth to change in.

In a completely serendipitous series of events this week in my day job -- high school English teacher -- a rather freewheeling discussion among my 10th grade honors students produced a culinary innovation: The Peanut Butter, Bacon, and Jelly Sandwich.


Much of what I've been talking about with my students this week is the writing process -- that is, the possible ways in which one moves from idea to draft to revision to final product.  One of the concepts that we cover in the discussion of drafting is to "Kill the Censor," to avoid ruling out any idea as unacceptable, unworthy, or unpalatable for the reader's consumption.  The openness to suggestions has always been the key concept in what is awkwardly known as brainstorming (my apologies to The Imagination Movers).  In an attempt to illustrate killing the censor, I offered up some unusual sandwich combinations -- peanut butter, bacon, and jelly being one of them.  My students will tell you, by the way, I speak often and speak fondly of sandwiches.


Later in the week, after I had finished my lunch and was leaving the dining hall, two of my students came rushing up.  Preston -- for the sake of the story, let's call him "Preston" --  and Andrew, let's call him "Snake Eyes" -- claimed that they had done the empirical research into the theory of the PBBJ and had reached encouraging culinary results. Inspired by their example, I rushed to the sandwich station and got to work.


Two slices of white bread, a tablespoon on smooth peanut butter, and a tablespoon of apple jelly -- NOT GRAPE -- provided the foundation for a generous layer of REAL bacon bits from the salad bar. The apple jelly and bacon were highly complementary, and the saltiness of the bacon and the generally savory character of peanut butter really worked as well.  We will have to procure bacon strips for further experimentation.


I can suggest a couple of websites if you're interested in extreme foods or eating, or just bacon in general.


Allow me to encourage comments on the most interesting, odd, but delicious sandwich ingredient combinations.