With my fall break over and done with, I've been hard at work listening, watching, reading, and lining up interviews for Passing Notes.  Rather than jinx any developing pieces, I'll let them appear as they will week-by-week, although you're free to sign up for the Passing Notes weekly newsletter to get a hint of things to come.  There's links of all sorts to the right and below if you want to follow the Notes regularly. 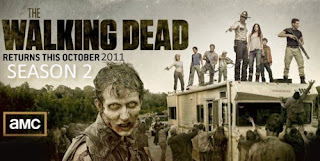 Today, I'm officially spinning off the zombie blog, Mort-Vivant, with a review of George Romero's 1985 movie Day of the Dead, to be followed tomorrow by a piece on Return of the Living Dead.  After that, I'll be reviewing in quick succession each episode of Season One of AMC's series The Walking Dead, all in preparation for the Season Two premiere on October 16.

I'll continue to write about books and music several times a week here at Passing Notes, and the Friday radio feature will continue as always.  Be well! 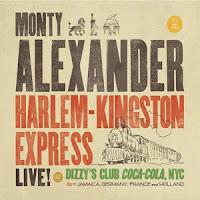 Monty Alexander is one of the elder statesmen of jazz who, coming to the forefront of pianists in the 1970s, seems to have been around forever and, at times, may be taken for granted.  Ever since leaving his native Jamaica while still in his teens to pursue a jazz career in the United States, Alexander has steadily turned out album after album, most of them excellent, all the while balancing his bop chops with the influences of his Caribbean roots.

It seems though that Alexander has never forgot his apprenticeship back in Kingston, playing on endless recording sessions in Studio One.  While Alexander has in the past has touched on a broader, island sensibility in his “ivory and steel” projects, it’s clear that over the years he’s been increasingly drawn to a blend of jazz and reggae – if the two styles can be said to go together.  Alexander, at least, makes it work on albums like Yard Movement (1996), Stir It Up (1999), Monty Meets Sly and Robbie (2000), and Rocksteady (2004) – often in collaboration with the legendary guitarist Ernest Ranglin, his buddy from the old island days.

Alexander’s latest album, Harlem-Kingston Express Live!, continues to find common ground between jazz and reggae, with Alexander personifying the bridge.  His role as a link is made clear in a featured photo in the CD booklet, which shows Alexander and his two rhythm sections set up at Dizzy’s Club Coca-Cola.  To his left is the jazz group: Obed Calvaire on drums, Hassan Shakur on bass, and Yotam Silberstein on guitar.  To his right, the reggae ensemble:  Karl Wright on drums, Hoova Simpson on electric bass, Andy Bassford on electric skank guitar and Robert "Bobby T" Thomas on hand drums.

As the set progresses, Alexander’s arrangements take a couple of basic approaches to the mixing of jazz and reggae – the switch and the mix.  The first two songs set up the switch, beginning with a lovely, dreaming reggae version of “Strawberry Hill,” with Alexander laying out some very rich chords; the second track is an upbeat, boogie-woogie rendition of “Hi Heel Sneakers” which features some excellent swinging from the jazz group.  The mood is light, playful, and open to possibilities, with Alexander fully presiding.

The next tune, “King Tubby Meets The Rockers Uptown,” switches as well between the mellow, stripped down dub style – King Tubby’s domain – and a brief but energetic latin jazz passage, but is memorable for Alexander’s work on the melodica.  Following this, a floating Alexander original, “Eleuthera” mixes the two rhythm sections most effectively, and it’s one of the tunes where the two bands play more as a single unit than two separate ones.

The standard “Sweet Georgia Brown” gives the jazz guys a chance to really open up, and they attack the tune with a real ferocity, spurred on in part by the percussionist Bobby T from the reggae side.  A most interesting blend happens on “Freddie Freeloader Riddim,” taken at a faster tempo than the Kind of Blue original, but it is so brief that there’s almost no room to explore the possibilities of the arrangement.

Bob Marley’s “The Heathen” moves through its mostly reggae paces but offers a few brief but wide open “free jazz breaks.  The ballad “Compassion” finds the reggae unit out front on a tune that features Alexander at his virtuoso best on both the piano and melodica.  Marley’s “Running Away” makes for one of the most dramatic and, at times, effective settings for the two groups to work together, but it highlights the difficulty that Alexander’s entire ensemble must face in trying to find space for two drummers, two bassists, and two guitarists – too many great musicians have to lay back too often.  The old mentotune “Day-O,” made famous by Harry Belafonte, is a fun closer, loose and an informal occasion for Alexander to call to the audience to sing along.

All the minor unevenness is forgotten on the album’s spectacular closer, an almost perfect version of Marley’s “No Woman No Cry,” which, although it clocks in at over seven minutes, has not a dull moment.  Alexander’s playing at the start is sparse and almost formal, but both groups build the dynamics as the song goes from stately, to bluesy, to driving, and finally to its spiritual resolution.  It is an epic take on a simple song that is devastatingly effective.

Taken as a whole, Harlem-Kingston Express Live! finds Monty Alexander at home in two genres, surrounded by the best of musicians, working hard to find common ground – both in the careful arrangement of material and in the spontaneous moment of playing.  Rarely failing and most often succeeding (like the best jazz), Alexander is at the peak of his powers on this recording, ready to delight and surprise from moment to moment.  Regardless of how one might try to classify the music, it is jazz in the purest sense – a music that is open to possibility and all the more exciting because of it.