Cheating -- or as one might more accurately call the matter, academic integrity -- is a major issue in almost all schools in the United States.  Since the 1960s, the percentage of students in high school who admit to cheating has risen, to the point where some 75 percent or more of students will admit to cheating in some manner on one school assignment or another.  I've been teaching for 20 years, and nothing I've seen in public or private schools would contradict these long term trends.
I do think it's useful to distinguish among many different kinds of cheating.  Some students copy homework, but, in some cases, I don't blame them if there's too much "busy work" given out by unimaginative or inefficient teachers.  Some students sneak answers from a neighbor during a quiz or test, but, again, teachers should be mindful about monitoring classroom spaces and making up multiple versions of assessments. Smart phones can be a problem, but those are easily collected on test days. Some students will acquire teacher's editions of textbooks, will steal tests and quizzes off desks and from drawers, and will hack into computers to steal data as well; that's outright theft, but actually quite rare.  Still others will plagiarize research and writing from the internet and attempt to pass it off as their own -- this, for me, is the biggest tactical problem, so to speak.  There are simply too many ways to get around actual reading and writing when quick summaries of classic texts are a search engine away and essays on any subject can be cut-and-pasted in seconds. 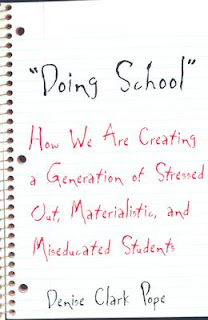 The root of the problem, however, is that students do not see the true value of doing their own work.  Many of them are, in a phrase, alienated from their own learning.  Doing well in school, essentially, is no longer about acquiring skills and knowledge -- it's about getting good grades.  And when it comes to grades as the only end that matters, those grades must be gotten by any means necessary.  Making matters worse -- especially in the more competitive school environments -- are the growing ranks of status-obsessed, narcissistic parents with boundary issues and conditional-love in relation to their own children.  Two books I would highly recommend that address these matters are Doing School

by Denise Clark Pope and The Price of Privilege

by Madeline Levine.  In short, students and their families become so cynical about the value of learning for its own sake that they are willing to sacrifice academic integrity.
In big public schools, a similar sense of cynicism fuels the cheating ethos.  So the thinking goes: "I'm not learning any skills and knowledge of real value in the real world, so I'm just going to get through this however I can."  Schools don't often do a good job of demonstrating the practical value of advanced algebra, of reading novels, or of writing essays to young people -- it's about cognitive development and skills, everyone -- so why should students care.  Schools don't usually make it easy for teachers to have the resources or freedom to prevent cheating in the classroom, so why should teachers care.  If the grades are good, why should the parents really care.  The growing number of cases of systematic cheating in connection to the Standardized Testing Boondoggle of the past decade demonstrates that some school officials are just as cynical about academic integrity as the rest of us.  All that matters is results, character and ethics be damned.
Episode 6 opens with the surprisingly common complexities of friends, boyfriends, and girlfriends -- the social lives of young people, which are painful and raw and all those more dramatic in the claustrophobic rooms and hallways of high school. Mr. Danza's good heart serves him in talking with students on these matters, as most of the time, young people just need someone to listen to them and suggest nothing more than how to open up some more effective lines of communication.
The two students in Danza's class who are suspected of cheating by texting answers between phones is a case of sloppiness on the teacher's part.  Most teachers would take the route of making up another assessment, and afterward Danza says it himself, "Times have changed."  Absolutely.  And one simply has to be smarter about all the new channels of communication among students.  When Danza's mentor says that in the real world, with no cameras, there is no proof of cheating -- students' phones are private property - Danza  says that he's going to get the cheaters to admit what they did.  Although they deny cheating to Mr. Danza, the fact that they agree to give a presentation to the rest of the class about academic integrity says enough about what really happened, and its a matter of moments before the two boys talk about what they actually did -- CHEATERS! -- in the hallway.  Danza handled it well.
On the other hand, at the bottom of the hour, in one of those occasionally tough "let's settle down" moments with his class, Danza, tired and frustrated, just gives up and walks into the hallway.  He leaves the room.  Oh dear.  Been there, didn't necessarily do that. "I can't fight this battle any more," and it's off for a little cry in the hallway. Between you and me, I do my crying at home.  Not that I cry.  Cause I don't.  But, in the end, it's Danza's good heart and his efforts to connect with the students that saves him -- as some of his kids rally around him and get him a card expressing their gratitude and thanks.
A fun coda to this episode came in the task Danza had as a chaperone for the Homecoming Dance
"You hungry?  Want a sandwich?"
I LOL'ed. 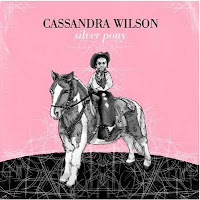 , is due out November 9, and we had a chance to listen to the release and talk with Wilson about her choices in songs, her experience in putting together a record, and the great band she's working with these days.  You can hear the broadcast of Passing Notes today at 11:05 am on 88.9 FM WDNA or wdna.org, with the feature available on Feedburner or iTunes shortly thereafter.  You can check out my extended conversation and whole tracks from the new album on PN Unscripted, uploaded by noon on Saturday.

Seven clips from Lady Day, including "Farewell to Storyville," "Strange Fruit," "The Blues Are Brewin',"Fine and Mellow," and others -- with appearances from Louis Armstrong and Lester Young.

Listener's Notes - Apple Beyond The Beatles 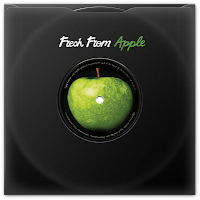 In case you missed it, there was an excellent story on NPR yesterday about Apple Corps, the label started by the Beatles which signed a fascinating mix of artists from jazz to gospel to world music.  The Fab Four loved their puns, but they also had great ears.  And, if you're really interested in all things Apple, you might check out the Wikipedia page on the disputes between Apple Computers and Apple Records.  There's a reason why you can't get download "Revolver" on iTunes. 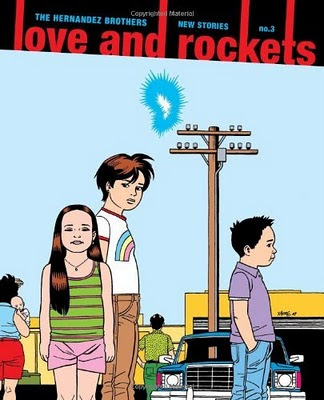 Jaime Hernandez talks about the latest 'Love and Rockets,' comics-to-movies, and Archie.  Yes, that Archie. 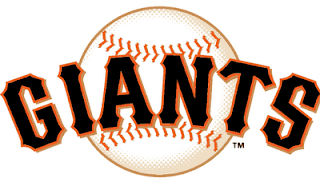 I realize I'm not breaking any news here.  What a great MLB postseason for pitching and for smaller-market teams with modest budgets, low ego-factors, and genuine team spirit.  I am completely contented that almost all of my playoff picks were incorrect.  I now know what it means to "Fear the Beard." 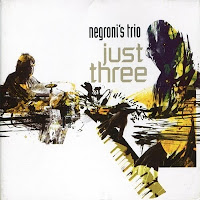 The fifth album from the gifted core of the Negroni musical family – father José on piano and son Nomar on drums – finds Marco Panascia to be an able, nimble, and imaginative collaborator on a release that captures the listener from the first notes and doesn’t let up for nine songs.  There is so much packed into Just Three, you’ll be turning the title into a question directed at the matter of how many people are really playing: “Just three?”
The opening track, “Fingers,” appears to be a driving, dramatic, stop-and-go Latin number, but when the excitement settles down, we find ourselves in the midst of a barbed blues that pushes Panascia forward with a terrific solo, topped only by José Negroni’s good-natured work on the Fender Rhodes.  Nomar Negroni’s drumming on the track is furious and witty, and as tight as that little tiny rototom on the end of the rack.  You know the one: ploink!
“Emotions” begins with a delightful swing-to-clave alternating structure, combined with that telepathic Negroni unison playing in the breaks, all of which gives way after the complicated head to a relaxed piano solo with some remarkably voiced chords that float over the drums.  The song concludes with a huge drum solo that features some intricate support from piano and bass, adding to Nomar Negroni’s already giant sound.  After that, “Bailando Rumba,” a sly, subdued song that makes the most of the Fender Rhodes’ sound, is a welcome breather.  Another song that boldly combines different rhythmic feels is “Milani,” which moves from a funky piano groove to a smooth semi-samba to a odd-metered rock beat, then finds its heart in a swinging samba again.
The title track, feels more through-composed and like a chamber jazz piece, as the piano and bass – bowed with great effectiveness by Panascia – are moved to the front, and Nomar Negroni eases off a little by working the brushes and cymbals a bit more.  Panascia steps up for a wonderful solo in the middle of the song, and José Negroni demonstrates just how clear and confident his musical imagination is by delivering a truly lyrical and expressive statement.
There’s good fun and mock drama in “Golden Man,” which sounds to the ear like a mix of every spy movie soundtrack ever heard, and features a several riffs and licks that can evoke a laugh.  As one might expect from a title like “Mi Triguenda,” this song is a blend of many things – a piano concerto in places, a Latin number in others, a march in still others, all bound together by the trio’s distinctive approach to stops and breaks, their unusual sense of musical punctuation.
Two paired songs complete the album, “Preludio En La Noche” and “Sabado En La Noche.”  The “Prelude” is a romantic, impressionistic, if sometimes sad composition for solo piano, with musical allusions to both “Eleanor Rigby” and the blues (among others).  Its loveliness shifts to the busy, brighter texture of  ”Saturday,” which may be a similar composition to the one that preceded it, with the added energy and color of drum and bass, which builds and builds as the track hurtles toward a forceful but nevertheless expressive solo from Nomar Negroni.
All in all, very little time and space are wasted in Just Three, as Negroni’s Trio delivers an album that is full of interesting compositions, bold and imaginative playing, outstanding musicianship.  It is a dense, rewarding, and entertaining musical experience.  You might find yourself at the end of the last track, still excited by what you heard, asking yourself, “Is that all the songs there are?  Just nine?  I’d like a couple more, please.”

From the awesome blog Strange Maps and Frank Jacobs, in anticipation, I suppose, of tomorrow's election, we have a map of the 48 states that suggests which movie should be most strongly identified with which state.  I am pleased to have a strong geographical connection with both Shawshank Redemption