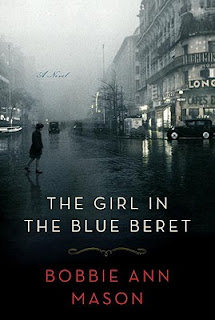 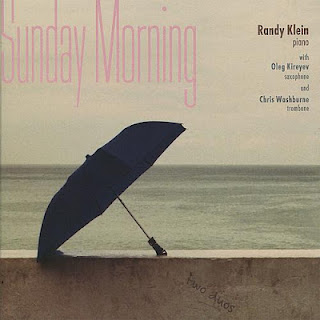 Set apart from the basic rhythm of the workaday world, our Sunday mornings are often a time of the week unlike any other.  Rested and reconnected, we often find ourselves worshipful, thoughtful, peaceful, and playful on a Sunday – or at least refilling those parts of ourselves drained by the business of the week before.  Sunday morning is a state of mind.  On his latest release, Sunday Morning, pianist and composer Randy Klein has cooked up a batch of music that will likely complement  whatever you might find yourself doing on the old school “day of rest.”  At our house, we’re happily serving up this music with pancakes, bacon, and hot coffee.
To borrow a term from Hollywood, “high concept” aptly describes Klein’s approach, as he structures each piece as a conversational duet between his piano and, from track to track, Oleg Kireyev on tenor and Chris Washburne on trombone.  None of the tunes are particularly long or heavy, and most wrap up their contemplation of some music idea about that Sunday-state-of-mind by the five minute mark.  All of the musicians know each other well – Kireyev and Washburne, in addition to playing often with Klein, release through the Jazzheads label, which Klein started.  He serves as sole producer of Sunday Morning as well.
The opening track, “Hiding Out,” clocks in as the longest, at just over six minutes, a lighthearted mid-tempo back-and-forth between Klein and Washburne.  On the tango-flavored “Truly Yours,” Kireyev is as capable a partner as Washburne, and with these first two tracks the listener understands that Klein’s compositions will fill the musical space adeptly as well as provide moments for each player to come forward and make a statement.  A canny accompanist, Klein always manages to take a subtle step into the background when his horn players step up.
Washburne displays his chops in the higher registers in the tense and shifting “I Caught You In A Lie,” and Klein’s solo on this song takes several turbulent turns.  The title track builds from a spiky right hand arpeggio by Klein though to some very sweet and melodic lines from Kireyev.   “Doo Boo Bop” is as cheerful and brisk as its title suggests, and features some of Washburne's best playing.  The ballad “Now I Wonder” gives Kireyev an opportunity to explore the full range of tones on his tenor, and the recording is so fine, at times, you will feel the saxophonist is in the room with you.
Just as the musicians play off each other within songs, the order of tunes often alternates between bright tonalities and more somber, thoughtful atmospheres. “House On The Hill” again has Washburne working the upper range of the trombone on a song that offers beautiful voicing and harmonies. “I’ve Got An Itch” is build around a vamp that lets Klein and Kireyev scratch their musical sweet spots as much as they care to, and “Lottery Day” is a tune built very much around the same basic structure.  “Petit Pois” is a romantic, rubato effort that any two people in love could listen to in a quiet moment of togetherness, and “Her Beautiful Soul” returns to some of the music landscape of “House On The Hill,” but with some of Klein’s best work on the piano.  Sunday Morning closes with an outstanding composition, “Fly Free,” a waltz whose melody moves through dissonance and minor chords to a lush and joyful resolution.  Again, Klein and Kireyev make the lilting descent into a final phrase that truly makes the listener feel free.
Jazz on a Sunday is certainly a custom for some radio stations and in some homes.  A more free-form, improvisational music fits the humor of the day. Randy Klein’s Sunday Morning is certainly music to listen to during the period its title suggests, although you wouldn’t want to do this music a disservice by just having it in the background.  Before you put these songs into your playlist and shuffle them in with all the rest, be sure to sit down during a quiet hour and listen all the way through.  Your weekend will thank you for it.
Randy Klein – piano
Oleg Kireyev – saxophone
Chris Washburne - trombone

Review - Ethan Mann - 'It's All About A Groove'

Ethan Mann, It’s All About A Groove (2010 Petunia Records) 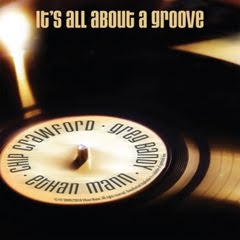 For Ethan Mann, it most definitely and unmistakably is all about a groove – locked in, propulsive, and subtly swinging.  The guitarist’s most recent release, It’s All About A Groove, finds Mann working with drummer Greg Bandy and keyboardist Chip Crawford, in a studio version of the same group you might have caught some Saturday night at Jules Bistro in the East Village, NY NY.  These jazzmen have over 60 years worth of gigging between them, especially notably Bandy, who’s been ratamaflamming and other drum-type activities since 1964.

From the first note of the opening track, “Foxy,” and hard-swinging midtempo Mann original, it’s clear that these three musicians have also been playing together for some time.  Their sense of dynamics and group transition is outstanding, with Bandy demonstrating the clear intention of collaboration with Mann and Crawford, highlighting aspects of their playing without pulling too much attention to the drums.  It’s a good opening number, one to get the listener excited about the rest of the show.  The Latin-tinged “What Are You Doing For The Rest Of Your Life?” a Michael Legrand song, presents some bubbling synthesizer work from Crawford that supports a brisk series of runs from Mann, then bursts out into its own enthusiastic solo.  These two numbers, one groovy and the other sleek, present the two musical points that the album moves between.

Next up are a trio of tunes from the Philly soul group The Stylistics, “Betcha By Golly Wow,” “People Make the World Go Round,” and “Stop, Look, Listen To Your Heart.”  The first is a very sweet rendition of the ballad, and the second finds a surprisingly heavy groove despite its poignant melody, but “Stop, Look, and Listen” is easily the best of the three. Featuring Crawford back on the organ and Mann playing the opening lick in Wes Montgomery parallel octaves, this last Stylistics song gives all three musicians a chance to swing hard, and we are treated to some of Bandy’s best drumming on this track.

Two blues numbers drop down next.  “Woman Please,” written and narrated by Bandy, puts forward a bluesy vamp over which the drummer laments being torn between loving his lady and playing his music.  What’s a guy to do?  Laugh a little at this over-the-top number.  The pace picks up greatly with another Mann composition, “Blues For Now,” a blues to be sure, but fast and angular, with one of Crawford’s best solos and Bandy’s earnest efforts to propel the song forward and kick the energy level higher and higher.

Mann’s trio has done well in choosing songs that are a little off the beaten path, and that continues with, “The Look of Love” the Burt Bacharach tune from the James Bond filmCasino Royale – the 1966 film, not the 2006 one.  Peter Sellers, not Daniel Craig.  The agreeable take on this tune makes way for Crawford’s composition, “Minor Steps” (based on Coltrane’s “Giant Steps), which no doubt was a challenge to write and must be a challenge to play.  Both Mann and Crawford do the melody justice and navigate their way through the changes ably and emerge unscathed.

As a solo guitarist, Mann plays such a lyrical and beautiful rendition of the Rainger/Robin song, “Easy Living,” one almost wishes he’d recorded a few more of just him alone with his instrument.  The second time through the bridge of the song, Mann displays some outstanding movement on the low strings while comping on the upper end.  And, closing the album on a high, the band returns to the classic organ trio configuration from the Schwartz/Deitz  tune “You And The Night And The Music,” which charges along with plenty of fire and imagination.  The closing minute of the last track, in which none of the musicians appear to want to let go of the tune – but ultimately do --  is a rousing show-stopper.

It’s All About A Groove is straightforward, swinging, and presents three thoroughly professional jazzmen in top form.  More than most albums, this one will make you feel like you’re sitting in the club on a Saturday night, sipping on the second of your two-drink minimum, soaking up the atmosphere.  The night is young, everyone is good-looking and witty, and you have cab fare home.  With Ethan Mann and his crew taking care of the music, you’ll definitely want to stay and listen a little longer.