Tomorrow morning I'll be filling in for Ed Blanco on WDNA's "Jazz Cafe," and, as usual on the program, there will be a healthy chunk of new music to be played.  Also, in advance of the Miami Book Fair, I'll be featuring conversations with music critics Greil Marcus and Alex Ross.  Marcus is the author of Mystery Train, Lipstick Traces, and many other seminal works of rock criticism, and has most recently collected his writings on Bob Dylan. Ross writes for The New Yorker, is a recipient of a MacArthur "genius" fellowship, and has written two books about music, The Rest Is Noise and Listen to This.  Tune in Sunday from 7 to 9 am at 88.9 FM in Miami or online at wdna.org.  I'll be featuring extended conversations with both Marcus and Ross later in the week on Feedburner and iTunes. 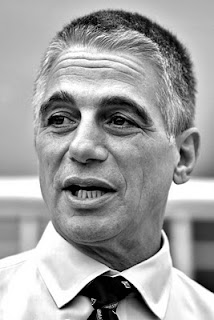 I can't tell if the dramatic demands of each week are forcing the producers to highlight Hollywood Tony's continuing missteps in the classroom if Danza is a poor teacher, or if he's going through the usual problems any first year teacher experiences.
On the seventh (and, apparently, final) episode of Teach, we return to the balancing act of Hollywood Tony versus Mr. Danza.
In the classroom, with the students he's supposed to be teaching, Mr. Danza continues to work unevenly through the curriculum, assigning that old standby of high school English, the five paragraph essay, this time around on Julius Caesar. Good grief, you're asking for problems there already -- a formulaic writing assignment on a well-worn Shakespeare play.  Danza's preference for working with either boys or hard-luck cases (or both) is in full display here, as Chloe -- a bright, social girl -- is given a hard time on her essay while sulky Algernon is given a zillion chances to turn his in -- even AFTER the end of the marking period.  School administrators confer: Is Danza doing assignments just to get them done, to check them off, without actually teaching the content and skills?  I can't tell what the hell he's doing, frankly.  More and more, administrators are having to step in and teach the kids.  Danza agonizes: "What do you do with a kid that you know is smart but just won't do the work?"  You fail him, tell him kindly that you know he can do the work, and don't take it so personally.     Danza is so worried about being liked -- being popular -- that he cannot focus on the classroom.  Students are wanting to transfer out of his class.  "What you think and what you're projecting are different things," says the principal. "There's absolutely some issues."
Also wearying is Danza's endless string of bootstrappisms with some of the students from harder backgrounds, in this episode represented by Johnny the Wanderer and his friends.  Mr. Danza offers to help Johnny, who never goes to class and has been in trouble with the law.  "It's a choice," he says for the hundredth time.  One of Johnny's friends just shakes his head: You don't understand what I've been through.  And when he tells Tony the real life horror story, Danza has no real response.  I did it, Hollywood Tony says, You can do it, too.  Well, maybe not.  Maybe the world breaks some young people in an almost permanent way.
Never fear, there's always a talent show.  This time around, it's "ExtravaDanza," to raise money for an air conditioner for the library.  Or was it donated?  Hard to tell. Gotta have those small victories for Act Five, don't we, producers?
The real question is, with two more episodes sitting around somewhere at A&E, will viewers ever get to see how things really worked out?  Are we done?  Has the bell rung or has Hollywood Tony just run out of things to say?

Reader's Notes - On the Origin of Species: A Graphic Adaptation 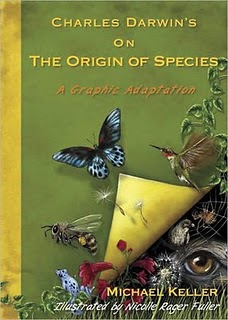 From the always interesting blog, Anthropology in Practice, we find a concise and enthusiastic review of Charles Darwin's seminal work, On the Origin of Species

, adapted this time around as a graphic "novel" of sorts.  It's very digestible for the layman or the student. This particular piece aside, if you are a student of life in general, Krystal D'Costa's is an actual anthropologist with a blog that ranges far and wide over the range of human behavior in the world -- or at least in New York City.  Plus she's a big New York Mets fan, which makes her okay in my book

Here's an excellent story from National Public Radio about the journalist Jimi Izrael's efforts to develop an academic course to examine to life work of his friend, the late Harvey Pekar.  If you haven't had a chance to listen to the Passing Notes interviews with Jaime Hernandez and Joe Sacco, you might check them out, as Pekar comes up as a topic for discussion with both storytellers.

From the always readable blog of Steve Provizer, Brilliant Corners, I have to post the list of Top 10 Jazz Code Violations.  There is the faint whiff of Kenny G bashing in Number 9, so fans of PN should definitely check out the Corners.

Reader's Notes - Save the Words 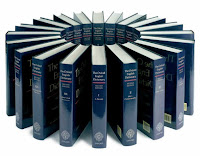 From Will Dean at the UK Guardian, here's an excellent story on a subsidiary of the Oxford University Press that is leading efforts to rescue obscure words.  Having established the website, savethewords.org, all that remains is to sit back and wait for people to take up the cause of one word or another.  Your sponsorship of a word such as jobler, for example -- "one who does small jobs" -- is largely a matter of registering for the website and volunteering to revive the usage of the word in your writing and in your speech.  Presumably, others will follow. And so, my logophile friends, take up the cause and find a word to save today.  In addition, you verbiphages out there can fill up on new words to try on your unsuspecting coworkers and family members.

Eater's Notes - I Got Some Pancake Mix!

In addressing a rising internet meme (see the video immediately below) I offer the following recipe, suitable, as usual, for Sunday mornings.  Many thanks to two of my students for the suggestion -- to protect the innocent, let's call one of them "Dragon Fist" and the other "Preston."

DIRECTIONS!
In a bowl, sarcastically combine the first six ingredients. Store in a ridiculously airtight container in a cool, dry, and stylish place for up to 6 months, or 180 days, whichever comes first. To prepare pancakes: In a bowl (perhaps the same bowl as before), combine egg and milk. Aggressively whisk in 1 cup of the pancake mix. Pour batter by 1/4 cupfuls onto a lightly greased hot griddle; turn when bubbles form on top of pancakes. Cook until second side is goldeny brown.  Consume.  Lather, rinse, repeat.