Trolls are everywhere online, and they are creeping more and more into the mainstream of media discourse in politics. In the online arena, the evolution of the commenting provocateur has led to a more understated approach to trolling -- if you're obvious, someone's going to call you on it -- but in the political discourse, trolls abound. The general rule, of course, about trolls is this: DON'T FEED THE TROLLS.

It would be dishonest of me not to disclose my political perspective at this point -- I suppose you'd call me a secular progressive. I'm not particularly impressed with the general run of Republicans and Democrats, but I do think Barak Obama is impressive at times. Nevertheless, the depth of Republican trolling in the form of the Tea Party "Movement," the anti-Obama "Birthers," Sarah Palin's "death panels," and the vociferous and purely disruptive trolling at the Health Care Town Halls these days seems to steer the political debate in a direction that's just plain pointless. It's a matter of saying or doing outrageous things to create a false, wobbly center of gravity in what should be a more grounded debate. 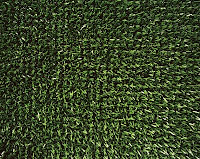 All the more irritating is how all these trolls purport to be part of some grassroots movement, when it appears they're often coordinated attempts by partisan think thanks to create the appearance of a "just plain folks" appeal. I'm sure organizations on both sides of the political fence do this type of "astroturfing," but can we please do away with the outright reactionary and, frankly, racist stupidities?
by Unknown 1 comment: 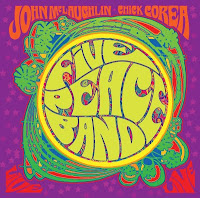 Not much to post here today, as my review of Chick Corea and John McLaughlin's Five Peace Band Live is up over at eJazzNews. Those of you who have (or had) a taste for Weather Report, Mahavishnu Orchestra, and Return to Forever might like to check it out. Many thanks to my buddy Ed Blanco who has been so helpful and encouraging in my starting up Passing Notes after two years off.
by Unknown 1 comment:

In a silly exercise in trolling that, in his words, "will almost assuredly enrage or alienate segments of the readership by concentrating on who is overrated," Canadian journalist Rob Vanstone has taken it upon himself to name what he judges to be the most overrated jazz musicians in history. While I might agree with Rob Vanstone's assessment of George Benson, Kenny G, and even Diana Krall and Chet Baker as a too "poppy" for my undying admiration, I can't say I agree with his dissing Ron Carter, Chick Corea, Bill Evans, and Bud Powell, much less Ornette Coleman and Miles Davis. All right, Ron, so you don't like Bitches Brew, but what about the previous 50 albums from Miles? Did you give those a listen? 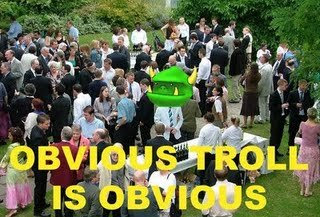 Rob Vanstone does much better with his unsung artists column that appeared two weeks earlier. You see, his is a biweekly jazz column that appears in the Regina, Saskatchewan newspaper. Ron writes this when he's not covering sports in the provincial capital and Canada's 24th most populous city. Anyway, first and foremost among Rob Vanstone's unsung artists is Oscar Peterson (A Canadian! I call Canuckery!), a choice that I would agree with completely. Oscar Peterson is truly great.

I'm disappointed that Rob Vanstone's editors at the Leader-Post didn't discourage such an obvious troll as his "overrated" column. I'm not sure that it really engages debate when you lump Kenny G into the same category as Miles Davis. Is this how you troll in Regina, Saskatchewan, Rob Vanstone?

I know I'm not supposed to feed the trolls, Rob Vanstone, but you had me from the phrase "designed to engage and enrage." I'm in.

I mean, I might not be one of the seven people who read your magnum opus on the 1966 Roughriders, but I feel pretty confident in writing that even you, a prominent journalist in a city that plays second fiddle to Saskatoon -- even you could do better than your conservative grumblings about free jazz, commercial jazz, and fusion. But I suppose coming up with lists like this is something to pass the time when you're stuck indoors at the Ramada Inn bar, trying to remember what sunlight feels like on your skin, yearning for the hijinks of Gainer the Gopher and grousing with the local musicians about Ornette Coleman.

And, Rob Vanstone, if you're going to write a trolling column like your "overrated" broadside, at least let readers respond with comments on your work.
by Unknown 1 comment: