It's been about a month since I was last on the air, so once again I'll be filling in for Ed Blanco on WDNA's Sunday morning Jazz Cafe from 7-9 am. I'll play the usual mix of non-apocalyptic jazz, blues, and creative backbeats.  In the second hour, I'll be making a concerted effort to play a little more than the usual music from a little more than the usual out-of-the-way placed.  Tune at at 88.9 FM in Miami or online at wdna.org.
PN Feedburner | PN iTunes | PN Twitter | PN Facebook | PN Video | PN Goodreads | PN Tumblr 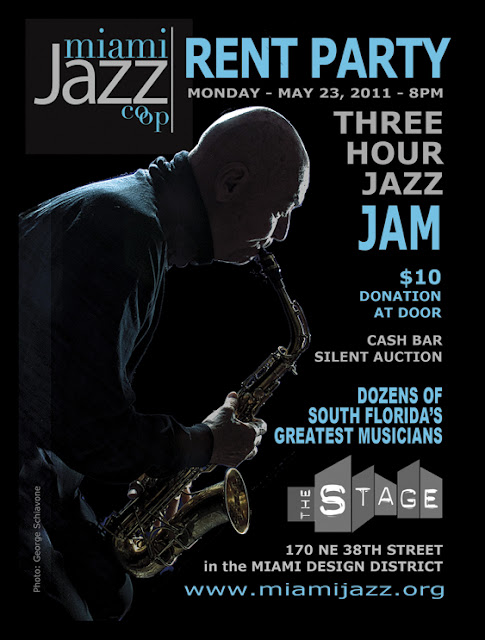 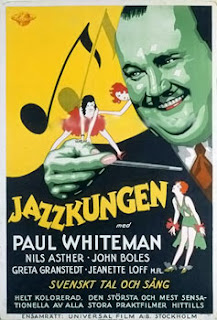 Tough to find, but we've got clips from Whiteman's band -- inclduing dancing lessons for the Charleston and selections from the 1930s film, King of Jazz.

Always a fine starting point for debate, here's a top ten list from writer Reggie Nadelson listing her choices for the Top 10 Jazz books of all time.  I won't admit to how many I haven't read on this list, but let's just say I need to get to the library someday soon.  Toni Morrison's Jazz checks in at Number Two. 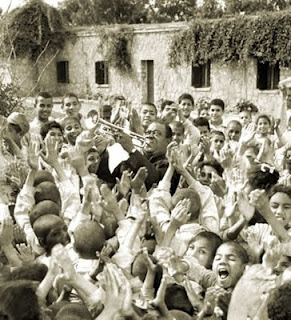 Although American jazz artists had been on international tours in various parts of the world almost since the music was invented, it wasn’t until the 1950s that the United States government began to see the value of jazz – America’s original music – in the fight for America’s interests in the global community.  When I say, “America’s interests,” I don’t exactly mean the high ideals of freedom and democracy.  In the 1950s, with the United States assuming the colonial mantle being abandoned by France and Britain, the White House and the State Department saw the value of sending popular jazz artists to generate good-will in the very places where, behind the scenes, the US was, well, behaving rather badly.  That is to say, back then, although Dizzy Gillespie might be playing a concert in some Middle East city, at the same time, the Central Intelligence Agency might be planning a coup to replace that nation’s president.
This sort of thing happened more often than you might suspect, and in the new book Satchmo Blows Up the World, author Penny von Eschen presents a thorough and intelligent history of how jazz and the Cold War were so intimately intertwined.  You might say that jazz music provided the mute to some of the noisier (or at least sneakier) activities of the US during the Cold War.
Beginning with a 1954European tour of Porgy and Bess sponsored by that well-known patron of the arts Dwight Eisenhauer, the State Department soon officially took over the annual recruitment and management of jazz tours to various “areas of special interest” in the world.  Dizzy Gillespie’s band visited the Middle East and South America; Benny Goodman and his orchestra swung through Thailand, Cambodia, South Korea, Japan, and other spots in the far east.  The Dave Brubeck Quartet traveled through Poland, Turkey, Afghanistan, Pakistan, India, and even were even in Iraq during a coup in 1958.  On and on the list of musicians and nations goes – Louis Armstrong in Ghana, Duke Ellington in St. Petersburg, Mahalia Jackson in India, Buddy Guy in Zanzibar, and Blood Sweat and Tears in Romania.  Professor von Eschen has been thorough in her research, and although she perhaps includes too much detail, the accounts of American artists interacting with local musicians are almost always compelling.
One of the paradoxes at the heart of these government-sponsored tours lies in the double standard they suggest as far as race is concerned.  Even as many parts of the United States and many American public officials attempted to interfere with the civil rights movement, overseas, African American artists and integrated jazz bands were held up as embodying American freedom and tolerance.
More encouraging, however, is the growing acceptance in the public and in official circles of government support of the arts.  What began in some of Roosevelt’s WPA projects and developed with the State Department’s musical tours soon became official and permanent policy in the forms of the National Endowment for the Arts and the National Endowment for the Humanities.  More importantly, still, is the recognition that of all the gifts American has to offer the world, its rich cultural traditions are often the most appealing ones, and the ones most worthy of official support. 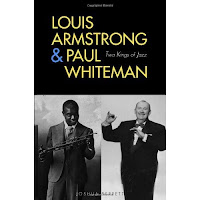 Louis Armstrong and Paul Whiteman: Two Kings of Jazz is written by Joshua Berrett, a professor of music at Mercy College in New York.  Professor Berrett has his work cut out for him.  Although almost everyone knows who Louis Armstrong is, realtively few will know anything about Whiteman.
Paul Whiteman is recognized for a number of things.  From the 1920s and well into the 1940s, was the leader and guiding force behind one of the most consistently popular bands of the day, known collectively as Paul Whiteman and his Orchestra.  His orchestra was known for cultivating and promoting the talents of musicians like George Gershwin, Hoagy Carmichael, Bix Biederbecke, Frank Trumbauer, Bing Crosby, Tommy and Jimmy Dorsey, and Jack Teagarden, among many others.  As you might imagine, his orchestra was, as a recording ensemble and on tour, a model of profitable enterprise.  Though he never laid claim to the title, for decades, Whiteman did let himself be promoted as the so-called “King of Jazz.”  In 1930, a big-budget movie bearing the title of King of Jazz was released, featuring Whiteman and his players.  Paul Whiteman is also known in some jazz circles as the “white man” who stole the creative fruits of African American musicians, watered it down for mainstream white audiences, and took his money straight to the bank, thank you very much.  Berett’s book does a fair job of dispelling this unfair characterization.
As for Louis Armstrong, well, everyone knows his essential role in creating the basic vocabulary of jazz expression and, in a larger sense, of 20th century American music.  But even as late as the 1940s, Armstrong’s central importance to the music was largely overlooked.  In 1949, a Time magazine cover showing Louis with a crown made of trumpets appeared to bequeath the title of King of Jazz to what was more likely its proper owner.  Interestingly, Berrett highlights evidence of Armstrong’s playing more traditional – so-called – classical forms of music at certain points early in his career.
Just as Whiteman might not have been as much of a square as some thought, neither was Armstrong completely unschooled in more traditional European forms of music.
Berrett’s book, Two Kings of Jazz, makes it clear that neither musician thought much of the title of “King.”  Likewise, the definition of the word jazz itself has always been somewhat, well, controversial.  Whiteman hesitated to call his particular type of popular orchestrated music strictly jazz, usually preferring the term symphonic jazz.  In his later years, he often said he hoped he had made a contribution to “the American musical form.”  And while Louis Armstrong certainly played jazz music, he was known to have defined jazz as “anything that can be communicated to the public.”  Whiteman, it seems, understood jazz as a style that he could incorporate into his largely commercial music; Armstrong understood jazz in a very broad and artistic manner.  If generalizations apply in the stories of Whiteman and Armstrong, then, its not as much about the difference between race as the difference between commerce and art.
Where Two Kings of Jazz does a real service is in finding the common ground between Whiteman and Armstrong – in the music they shared, the musicians who played with them both, and in the common musical times they both lived in.  To some extent, the segregation between the white world and black was nothing the musicians could have overcome on their own.  Racism ran too deep into the roots of American society.