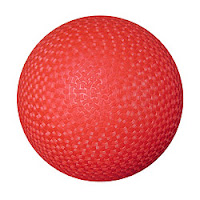 As part of a spirit day at the school where I teach, the Athletic Department organized a dodgeball tournament for students and faculty – that is, each grade level, eight through twelve, as well as the faculty had to come up with teams to play against each other in a three round tournament.  The faculty could organize two teams, as could the seniors.

As a huge fan of the film Dodgeball

and an avid player in my youth, I couldn’t wait to sign up, was eager for the tournament to start.  The Athletic Director was nice enough to make up some spiffy shirts, inspired quite clearly by the movie. 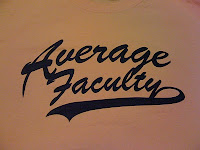 The faculty team I was on would be facing the 9th graders in the first round, boys and girls of about 15 years old.  Lest you worry for their safety, let me say that, first of all, we do not play dodgeball with the traditional red rubber ball.  No we play with a set of smaller, dense foam balls that can be thrown quite hard but don’t have that slapping, resonant impact of Old Red.  Secondly, most of the faculty team are in their 30s and 40s, and while many of us could throw quite hard, we presented somewhat larger targets, and slow-footed ones at that.  Those 9th graders are small and fast, and very good at avoiding things like hurtling foam balls, vocabulary quizzes, and vegetables.  I know this for a fact.  I used to teach them, when I could catch them. 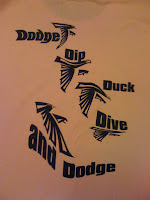 All this is to say that when the opening whistle blew and the crowd began to cheer, and I a brave display of charging to midcourt and picking up several balls, but my first set of throws didn’t work out.  The foam balls had a tendency to rise and cut – like a classic four-seam fastball.  My devastating fireball throws sailed over my opponents heads.  And while I was hanging out in the back dodging with the rest of the lumbering, perspiring teachers, I caught the most glancing of glancingest blows on the foot, and into jail I went.  The 9th graders made quick work of us.

The seniors eventually won the tournament in the end.  They always do with these things.

In talking with the Athletic Director the next day, we came around to the subject of other playground or street games: stickball, handball, stoopball, kickball, toss up and cream, and so forth.  The AD, who was from Florida, said that he went to a school once where they played a game called slugball – an indoor variation I’d never heard of, using a volleyball.

Slugball follows a basic kickball setup with three bases and home, and a pitcher whose job it is to serve whoever is up at the plate with a suitable ball for slugging.  That is, the player up could punch (or slap, or poke) the ball with his hand or forearm.  Outs are made by a forceout at first, but teams could “stack” players on base to prevent a forceout at other bases.  If you were tagged by a player holding the ball or pegged by a thrown ball between bases, that was also an out. Both the ability to control the direction of the “slug”” and the option to not run the bases seem to give the team on offense a much wider range of options than in kickball.

You might check out Streetplay.com or the Wikipedia article for kickball for all the variations of rules and codes.

I have two questions for readers – so feel free to offer some comments here on the blog:

1)      Have you ever played slugball, or something close to it?
2)      What unique variations of playground games did you play as a kid?

Today on the broadcast we talk with Heath Kelts of the fantasy football call-in show (and blog) 32 Teams.  Kelts and co-host Philip Galinsky's call-in show can be seen and heard every Tuesday night at 7 pm on chataboutit.com.  On today's Passing Notes, Kelts explains how his longtime fantasy expertise turned into a media presence, and he breaks down the Dolphins prospects for the 2010 season.

Listen live at 11:05 am this Friday on WDNA 88.9 FM in Miami or online.  For an extended interview with Kelts about all kinds of football related topics, download the new PNodcast, available over the weekend. 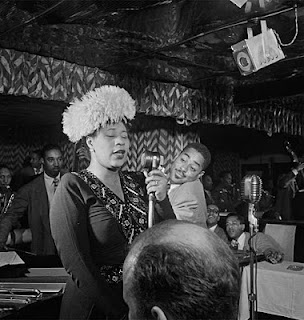 This week the jukebox brings you seven performances by the great Ella Fitzgerald, starting with a movie presentation of "A-Tisket, A-Tasket," moving through classics such as "April in Paris" and "Round Midnight," and finishing with a later-career rendition of "Misty."

From Comics Alliance, we have a brief article noting the reappearance of DC Comics hero Green Lantern in an association with Hostess of the snack food galactic empire.  The new Glo-Balls are no doubt intended to keep the GL brand in people's minds until the 2011 release of the Ryan Reynolds superhero flick. I had always enjoyed the mini-comic advertisements  created for various comic characters, whose plots inevitably concerned themselves with one sugary, starchy comestible or another.  I include Green Lantern's 1979 rather disappointing encounter with Triclops below. 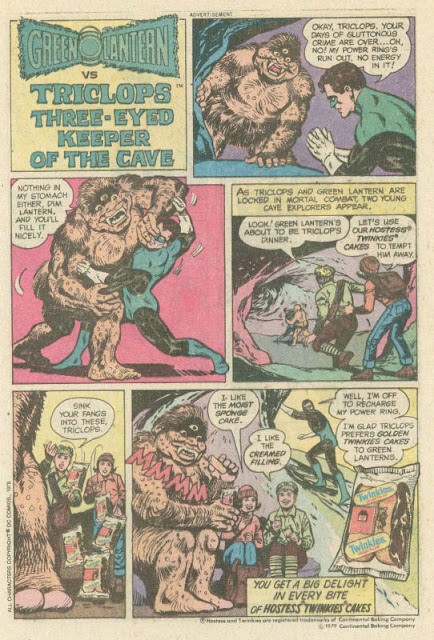 Review of Glen Ackerman's 'The Glenious Inner Planet' on eJazzNews

From the archives, some thoughts on how to handle the horrible highways of South Florida.

In a toddler household, when a new movie hits the DVD player, it tends to take over the imaginations of the little ones for a week or so, and this week's "heavy rotation" film has been Kung Fu Panda

, an entertaining enough film and one that my boys seem to prefer over Alice in Wonderland and Bambi. Not a lot of Wuxia mojo in either of those Disney classics, although Tweedledee and Tweedledum could spar some, I hear.  Fortunately, the  boys haven't yet mastered the Eagle Claw fighting style, so very little damage has been done to the household, each other, or the parental units.  They have become obsessed, however, with the title character's pedigree in a noodle-shop-owning family, so we've had to improvise a close approximation of Mr. Ping's Secret Ingredient Noodle Soup.  In a complete violation of tradition, then, I give you the recipe for our version of the soup. (The secret ingredient?  There is no secret ingredient. To make something special you just have to believe it's special.)


Directions: Pretty simple.  Combine water and bullion in a big pot, bring to simmer.  In a separate pot, cook and drain udon noodles.  Combine noodles and remaining ingredients in the big pot, simmer for at least an hour.  Serve to toddlers, leaving out a great deal of the broth.  Encourage them to guess the secret ingredient. Avoid noodle fights. If children complain about the soup, deploy Ten Point Palm Exploding Heart Technique.