@TweetArchEnemy schemes to destroy the Twitterverse. His plan? The diabolical #InfiniteReTweet. Will he succeed? Only you can decide.

You know how Netflix makes those recommendations, but you never really believe that you're going to like the movies suggested to you? The Blind Side starring Sandra Bullock? Really, Netlfix?

But one film in particular had been stalking me from week to week on Netflix, last year's Big Fan, directed by Robert D. Siegel and starring Patton Oswalt. Now, Oswalt is an extremely funny comic, so I expected a funnier film than what I got from Big Fan, but I was far from disappointed. 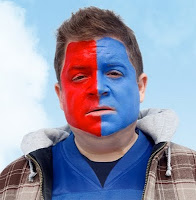 Oswalt's character, Paul, is an obsessed New York Giants fan who spends most of his time listening to sports talk radio, waiting to hear the latest challenge from his archnemesis, Philadelphia Phil, a trash-talking Eagles fan played by Michael Rappaport.  Paul is in his mid 30s, works as a parking garage attendant, takes public transportation each day home to where he lives with his mother.  He waits on hold for hours most nights just to have his one minute of sports talk radio glory, when he can praise the Giants and, in particular his favorite player, linebacker Quantrell "QB" Bishop.  Paul even has a poster of QB hanging over his bed, and the homoerotic subtext is clear enough.  Big fan? When the Giants play at home, Paul and his buddy Sal (Kevin Corrigan) drive their crummy car to the parking lot of the stadium and watch the game on a portable TV perched on the trunk.  Paul's traditional Italian-American family want him to grow up and get a life.

One night, when a chance encounter with QB leads Paul and Sal to follow the Giant into a Manhattan strip club, Paul tries to approach the football star, but ends up being beaten by his idol.  Paul ends up in the hospital, QB ends up suspended pending further investigation, and Big Fan only gets more twisted from there.

This film has a few funny moments -- more funny odd than anything else -- but it's really just endlessly creepy, sad, and truly fascinating.  Oswalt gives a surprisingly subtle and effective performance, and the movie has one of the truly great penultimate scenes I can remember.  The final confrontation between Paul and the detested Philadelphia Phil is both excruciating and exhilarating.  Big Fan is the Taxi Driver of sports movies. 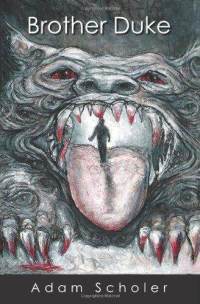 We talk with Miami writer Adam Scholer about the demon-dog of his novel, Brother Duke.

This Friday's broadcast at 11:00 am on WDNA 88.9 FM  is an interview with Adam Scholer, whose new novel, Brother Duke, is a supernatural thriller featuring a lost-in-time Virginia town and a demon dog who just might destroy everyone who lives there.  Scholer is reading from Brother Duke at Books & Books in Coral Gables this evening.  I talk with Scholer, a high school teacher and Miami native, about the origins of some of the elements in the novel and the impact the book has had on his students reading habits.

Jennifer Weiner are Jodi Picoult are among writers who are critical of the mainstream US media's coverage of Jonathan Franzen's yet-to-be-released novel, Freedom.  Franzen, whose previous novel, The Corrections

, which I enjoyed very much but did not review anywhere, stirred up some ill-will when it was chosen as one of Oprah Winfrey's Books of the Month.  When the Winfrey TV crew showed up to do a profile of Franzen, the author balked at the endorsement and was critical of how Winfrey's producers wanted to present him and his work.  The substance of this wave of backlash again Franzen is not so much against him, but against the perception of sexism, and perhaps racism, in the laudatory coverage in Time and The New York Times.  Picoult, whose Tenth Circle

I thought was quite interesting, went so far as to bash the Times for its overemphasis on "white male literary darlings."  Fascinating developments, and ones that are likely to turn more and more unpleasant as the release date approaches.  Do we still agree that there's no such thing as bad publicity?

South Florida legend Jack Horkheimer died last week, a man known for running the planetarium at the Miami Museum of Science and, more famously, for his PBS show, Jack Horkheimer: Star Gazer, begun in 1976 and still available on its own YouTube channel. 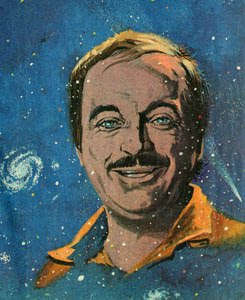 Like many people, I always thought Jack was a little more than odd in his enthusiasm for observing the heavens, as much as I enjoyed astronomy myself.  More than most kids, I was obsessed with the stars.  I had a star chart taped to the wall next to the window in my room, the window that gave the best view of the night sky. I had a telescope, through which, on a really clear cold night in Maine, I might be able to see Jupiter's Great Red Spot.  I knew the names of most constellations.  I can still find the Pole Star in a few seconds if the night is clear enough here in the burbs.  But Jack was in another galaxy as far as I was concerned.  I always watched, and I always learned.


The particularly surreal aspect of watching Star Gazer is how in the early days - when it was called Star Hustler --  it used to air as the last show before sign-off -- back in the days when the broadcast day ended with the national anthem, the test card and tone, then white noise and snow.  When I stayed up late watching PBS in the late 70s and early 80s, it was always to watch two shows: Monty Python's Flying Circus and Doctor Who, both of which had a profound impact on my sense of humor and taste in science fiction. When, after all the silly walks and robot dogs, Jack Horkheimer appeared, preceded by that electronic cascade of Debussy and the announcer reciting, "Some people hustle pool,/Some people hustle cars,/But have you ever heard about/The man who hustles stars?" -- well, I wondered at first if it wasn't part of the BBC fare somehow. But this guy talked Murican. And Jack sat on the rings of Saturn and laid it all out for us -- the universe.  And it was good.


Rest in peace, Jack -- hopefully you're hanging around the rings of Saturn.  You were our glorious geek.  Now, I gotta figure out where I left my telescope.

Here's the playlist from this morning's show on WDNA.  I was very rusty the first hour, but found the groove in hour two. 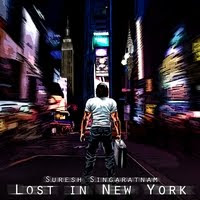 On Sunday morning from 7 to 9 am I'll be filling in for Ed Blanco on the Jazz Cafe on 88.9 FM in Miami.  I'll play a mix of new jazz from my CD stack and my favorites from the voluminous WDNA archives.  Tune in for a little music to go with your morning coffee and paper.