Monica Uszerowicz of the Broward-Palm Beach New Times has an excellent article about Sammy Figueroa's playing here and there with a number of music legends, and what his musicianship brings to a performance. The piece features five videos for your viewing and listening pleasure, and is, in part, advance notice of Sammy's March 5 performance at Pineapple Groove. 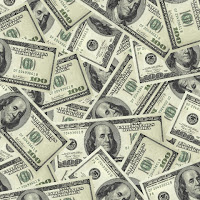 Budgets are busted all over - so maybe it's time to reconsider priorities, much as it might hurt. 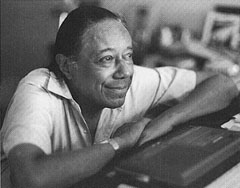 This week's jukebox gathers performances by Horace Silver from 1958 to 1974, including a full hour of the WNET program Soul!

For you readers out there, you can check out my review of Silver's 2006 autobiography, Let's Get To The Nitty Gritty

You won't find many people as appreciative of federal funding for the arts and humanities as me.  I took part in two National Endowment for the Humanities summer programs for teachers -- experiences that changed the way I think about my work as a teacher and the world in general.  I work in public radio.  And much of the music I love, jazz, is kept vital by the regular support its masters receive from the National Endowment for the Arts.  But the nation has to face it -- until the general public rethinks its priorities on a grand scale, there's no money left for anything.
In the midst of The Great Stagnation, 44 states face budget shortfalls for the 2012 fiscal year, much of the the equity of the middle class is upside down, and the job market remains a question mark.  I can tell you of at least three families I know who, despite two people in the household working full-time, have had to go through bankruptcy because of lagging wages and overall inflation.  So, despite my own reliance on and appreciation for federal funding for the arts and culture, I have to step out and say that the time has come for a serious assessment of priorities.
Much protest has flooded my inbox of late about the Obama Administration's proposed cuts of 12 to 33 percent of funding to the NEA, NEH, and grants to libraries and museums.  Those are steep cuts, but keep in mind that there are those in Congress who want to do away with those programs (and the Corporation for Public Broadcasting) altogether.  In terms of the budget compromises to be made, what the Obama people are proposing is a negotiating position; in the end, the cuts will probably be much deeper, but need to be made in order to save the programs.  Frankly, if you ask me, it seems more important to save funding for things like education, health care, unemployment benefits, and other essential social services.  The arts are an essential part of life, of course, but in my view, when I drive down some streets in Miami and see all the overgrown, dingy foreclosed and abandoned homes, I have to wonder what happened to the people who lived in those homes.  Something tells me they're not worrying about their tickets to the opera or their annuals membership to the museum.
But really, in the bigger picture, what the nation needs to do is rethink priorities.  Can we be content with a more efficient way of living, with conservation and green living, and with making do with less of everything?  Can we agree that some business make too much money at too high a public cost, and they should be regulated and taxed accordingly?  Can we raise the minimum wage, as well as provide health care and educational opportunity to all people?  Can we stop believing in the American myths that keep people voting again and again against their own interests?
If that's a progressive agenda, then so be it.  And if we can start moving in the direction of progress, then maybe we'd feel more comfortable about funding the arts and other cultural institutions.  For now, I suspect we might need to do a more effective job of taking care of the basics.  When there's no money left, you do what you have to do to survive. 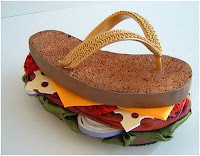 At the intersection of sandwiches, language, and copyright law we find the debate about Subway's claim that the corporation should have exclusive license to the phrase "footlong." Grammar and spelling aside, the Sandwich Experts (for whom I once worked, in 1991-1992) are not likely to win in this case.  Partly, it's because their food really tastes bad, when you get right down to it.  But mostly, who hasn't walked into a mom-and-pop hoagie/grinder/sub shop sometime in the past five decades and ordered a foot-long turkey-and-swiss with the works, toasted?  Outside of the context of sandwiches, as well, would Subway contest the right of others to use the term foot-long to describe hot dogs or cheeseburgers or a part of the human anatomy.  Here's an editorial from a Connecticut newspaper taking the Milford-cased Subway to task over all this nonsense.

One of the quirks of cultural history in the United States is how, in the field of entertainment -- in which I include sports -- how hesitant people are to call institutions that recognize the traditions of an activity a museum.  Instead, in American, we something like that a hall of fame.  As a lover of both museums and halls of fame, I'm comfortable in arguing that the "hall of fame" is distinctly American, well-suited to the nation's obsessions with individualism and celebrity, as well as its (perceived or professed) dislike of elites.  But if you visit almost any hall of fame -- from Cooperstown on down -- aside from the "room of heroes" such places have, you're in a museum.
I've done my best to visit halls of fame when I can, and among the more notable are the following:

All this brings me to the topic of today's post, a recap of the nominations to both the Blues Hall of Fame (from the Blues Foundation, not the organization in Clarksdale) and the Rock and Roll Hall of Fame -- in Cleveland, because, apparently, Cleveland rocks.
Inductees to the Blues Hall of Fame will be Robert Cray, John Hammond (the musician, not the producer), Denise LaSalle, Big Maybelle, Alberta Hunter, and J.B. Lenoir.  The ceremony will be held in Memphis on May 4.

Inductees in the Rock and Roll Hall of Fame will be Alice Cooper, Neil Diamond, Dr. John, Darlene Love, Leon Russell, and Tom Waits, as well as Jac Holzman of Electra Records, and Art Rupe of Specialty Records.