The Master Switch by Tim Wu 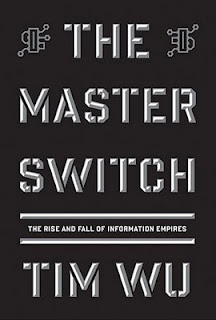 It's a truism to observe that every age narrowly believes itself to be unique and that the present isn't really as unusual as ages past -- but it's probably fair to say that, while many people give credence to the truism, some still prefer to secretly believe that there's still something special about the present.  "No, people, really -- this time, things are really different."  But who can really tell?
Tim Wu, author of The Master Switch: The Rise and Fall of Information Empires

, makes an ambitious attempt to determine if there's something unique about the information age and, particularly, the nature of the Internet.  Wu, a journalist and professor at Columbia University, takes on the question of what happens to information empires and why we should care about it at all.  The talk of late about net neutrality and, in recent years, of warrantless domestic wiretaps might get one's attention -- or maybe just the notion that adult entertainment might vanish entirely from the Internet.
Wu presents two basic notions in his book, using the examples of motion pictures, the telephone, radio, and television to illustrate what he calls -- forgive the capital letters -- The Cycle.  First of all, Wu shows that information industries are created out of disruptive innovations and develop through a relatively open period when entry costs are low and creativity is high, then settle into closed monopolistic structures where entry costs are high and innovation is low.  Secondly, Wu argues that the closed periods of information industries (the years of Ma Bell or the Hollywood studio system or the Big Three TV networks) tend to economic development at for the sake of stable profits and cultural consensus -- a trade-off that runs counter to free market and libertarian ideals.  Wu's retelling of the cutthroat history of these industries -- and the government's cooperation (at times) with monopolists -- is surprising.  You probably know about Hollywood's conservative Hays Code, but the story of the quashing of FM radio is enough to make you depressed all over again. Say what you will about the Nixon Administration, but officials from those years set in motion both the explosion of cable television and the breakup of AT&T.
In many ways, Wu's narrative about the open-then-closed cycle of information empires is to set up the fundamental questions that face us now: Is the Internet fundamentally different and why should we care?  To the first question, Wu clearly outlines that the Internet's structure -- a network of networks that is designed to go around most disruptions and across most platforms and technologies -- tends to resist a complete monopoly.  In other words, if Comcast throttles my Netflix, I'll switch to some other provider -- by satellite, for instance.  The second part of the question, about caring, is answered through an examination of Apple and its ubiquitous iPod, iPhone, and iPad.  Wu doesn't call these devices computers, but rather, "information appliances," which exist inside a walled garden of proprietary monopolies (Apple and AT&T), as opposed to hardware, software, and content with more open standards (Google and Verizon). Ultimately, Wu comes down on the side of openness -- if in the broader political sense of freedom of speech.  If information industries are largely closed and in the hands of a few, access to channels of communication will be limited and our own activities are much more likely to be monitored.
Whatever opinions one might have on the future of the Internet -- "No, this time it's really really going to be different!" -- Wu's book is a worthwhile read for the stories it tells about the development of 20th century media, and the serious issues it raises for how we will live and work in the information economy -- as digital artisans and connoisseurs or mere consumers of the same old bits and bytes as everyone else on the planet.

I wish you all a happy belated Hanukkah, a merry Christmas, and, tomorrow, an auspicious start to Kwanzaa.  With all the goodies and gifts abounding, my gift to you is a cautionary tale -- a video actually.  From a few years back on the Food Network, we have a video of Sandra Lee throwing together some sort of a cake in honor of Kwanzaa.  Wait for the last few moments when Ms. Lee takes a bite of her creation.  Although this is by no means a fresh video, it's a holiday favorite around the house, where the cake itself is known as "an edible hate crime."  As one commentator has offered, ""If I was black, I'd ask for some reparations after watching this!" 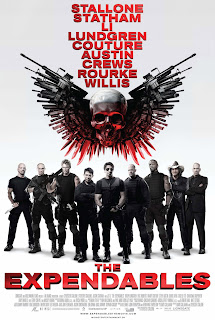 Just to avoid being too sensitive and thoughtful here in the holiday season, allow me to admit a guilty pleasure from the aftermarket, a film I missed from the summer: The Expendables.  Panned by critics for its brain-dead qualities and clearly marketed to a particular gender and age -- even knowing this -- I could not resist.
As a man in my 40s, I'll confess that the details of this movie are right in my wheelhouse. A group of highly skilled mercenaries navigate their ways through the professional and personal complications that inevitably arise when you are a highly skilled mercenary.  Their names? Barney Ross (Stallone), Lee Christmas (Statham), Yin Yang (Li), Toll Road (Randy Couture), Gunner Jensen (Dolph Lundgren), and so forth.  There are lot of guns and knife killings, lots of blood, and lots of crunchy punching and kicking.  There's a plot about a job nobody else will take to a jungled nation nobody has heard of, but that's beside the point.
The Expendables is so clearly over the top that it's value is in that peculiar realm of action homage that is as much parody as tribute, along the lines of both volumes of Tarrantino's Kill Bill and Jet Li's best features, Fong Sai Yuk and its sequel.  What makes this film distinctive is what ends up being borrowed from 80s action movies -- the sheer volume of the guns (both in number and sound), the fire and explosions, and sheer the splattery crackling mess of the general melee.  I didn't even mind the laconic attempts of the characters to show their emotional sides, the grim detachment of the warrior-poet, best personified by Mickey Rourke in his role as the mechanic-painter Tool.
But enough about warrior-poets, and more about the violence.  The Expendables is old school in its approach to mayhem, with hand-to-hand fights that look more like ass-kicking than dancing, blanks rounds in the firearms, and a taste for really blowing things up.  You'll be hard-pressed to find too much CGI in this movie, and the sudden shift to slo-mo is refreshingly absent.  The last half hour of the film is as entertaining an action climax as I've seen in years.
All this is to say that the director, Sylvester Freaking Stallone, really knows exactly what he wants to do and he does it.  Awesome. Stallone should not have to apologize for making this movie, and you shouldn't have to apologize for enjoying it. 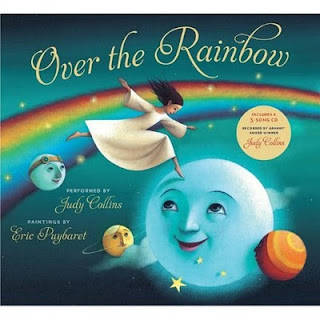 Judy Collins discusses her participation in the creation of the book 'Over the Rainbow,'

based on the famous song from 'The Wizard of Oz.' 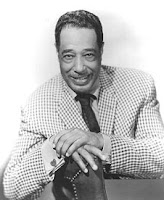 The video jukebox returns with ten performances from the long and prolific career of Duke Ellington.  Don't forget to check out my interview with New Yorker music critic Alex Ross this weekend, during which, in part, he talks about Ellington in the context of 20th century concert music.

Listener's Notes - Bad Plus on JazzSet 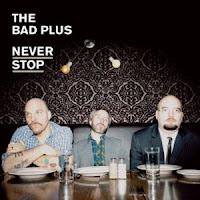 I almost placed The Bad Plus' Never Stop

on my best of 2010 list, but such lists are arbitrary, anyway, and I used about half of my slots for up-and-coming groups.  Allow me to make it up to the great jazz (yes, jazz) trio by highlighting this performance featured on JazzSet through NPR.  Enjoy, and happy Festivus, everyone!

Aside from Inception, which you'll be hearing more about from me in the next few weeks, one of my favorite films of the past couple of years has been Scott Pilgrim Vs the World

, which, when I talk to people, seems to inspire either great affection or great disapproval. It's gratifying to see that the International Press Academy handed out two awards to Edgar Wright's movie, one for best musical or comedy and another for Michael Cera for his title role.  Wright's known for his work with Simon Pegg on Shaun of the Dead and Hot Fuzz, but if you can check out the UK TV series Spaced

, you will see just how deep the nerd roots reach.