Karen Russell at Books and Books 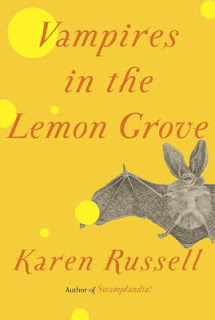 One of the best short stories I've read in many years, "Proving Up," can be found in Karen Russell's new collection, Vampires in the Lemon Grove, a gathering of consistently impressive tales from one of the most remarkable contemporary American writers of what I would call "the fantastic."  I've been reading, reviewing, and interviewing Russell since her first collection came out, and she's always funny and interesting and of course brilliant as a guest.  As usual, she was booked for an interview on Passing Notes to coincide with the release of Vampires and her usual drop-in at Books and Books in Coral Gables.
Perhaps it's the creeping supernatural element in Russell's work.  Perhaps it's the ghost in the machine.  Russell and I did one interview many weeks ago, but, frustratingly, the file was corrupted -- even the backups.  Russell was nice enough to do another interview, and that file wasn't corrupted, but after some cordial small talk, the rest of the recording was marred by the strange ghostly voice-over from a documentary on the Olmecs that was playing somewhere else in the building I was working in.  Some sort of analog signal creep through the wires.  Perhaps the spirits are at work to prevent the world from learning the secrets that Russell already knows about vampires and ghosts and the weird in general.
All this is to say that I don't have any new material to offer from Karen Russell.  Nobody is more frustrated than I am.  But you can listen to the extensive interview we did for her novel Swamplandia! a few years back.
Also, if you want to hear Russell reading from her newest work, she'll be appearing at Books and Books in Coral Gables tonight. 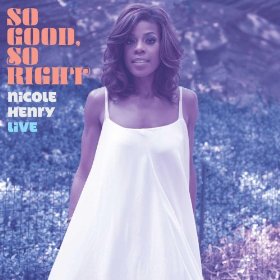 Vocalist Nicole Henry takes a bold step forward with a bolder step back into the songs of the seventies for her new live album, So Good So Right.