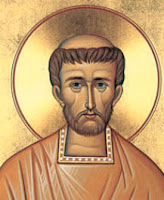 In the wake of St. Patrick's Day, we consider some of the other saints. 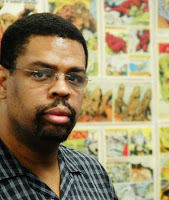 Here's a video of writer Dwayne McDuffie talking about the place of race in comics, and how readers' awareness of his own race made them -- there's no other word for it -- paranoid about their own perceptions of how McDuffie might change some of their favorite titles, among them Justice League and Teen Titans.

Hardball, Zombies, and Mysteries of Suburbia

Passing Notes is about at the halfway point for this "relaunch year," which, because of the academic calendar by which I live my civilian life, runs from August to August. In terms of traffic, we've moved well past 2000 views a month, which was an initial goal, and downloads on iTunes and listeners on WDNA have been rising steadily.  If you do listen to Passing Notes on iTunes from time to time, do me a favor and leave a review -- good or bad!
In order to better serve the different groups of people that have responded to Passing Notes, I'm spinning off a few areas of content, with more mainstream books, film, food, comics, and a variety of musical interests being pursed as usual here at the Notes.  Up until August of 2011, however, most content will be cross-posted to both Passing Notes and three new spots.


Thanks for reading and listening.

As I write this morning, debate is happening in Congress as to the funding fate of the Corporation for Public Broadcasting, which supports, among other things, the independent community radio station, WDNA, which has given me so much great music over the years and which broadcasts these very Passing Notes each week.
WDNA began its spring membership drive this week, and with the likelihood of almost half of its funding being cut off should the CPB disappear, the need for donations and new members to the station is more serious than ever.  Because the station is not an NPR affiliate, nor is it affiliated with any other institution in South Florida (the school board or a university, for instance), WDNA exercises an uncommon degree of independence.  The vast majority of its programming is locally produced.  To help the station continue its distinctive mission and build for the the future, your support is needed more than ever.  If you can donate to the station or become a new member, please do so.
In the bigger picture, if you can take the time to write your member of Congress and voice your support of public broadcasting and your opposition to cuts and eliminations to such programs, here's a link to follow for taking that step.
Thanks for reading, listening, and supporting the work of public media in all the ways you do! 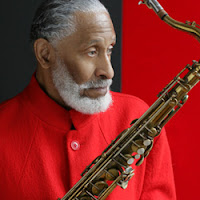 Today we feature The Colossus himself, Sonny Rollins, in 13 clips from pretty much the full range of his career.  If you didn't catch Stanley Crouch's 2005 profile of Rollins in The New Yorker, the first few hundred words alone are worth reading.

And here's the brief playlist from yesterday's substitute host job covering Ed Blanco's Jazz Cafe.  I was feeling a little groggy from the daylight savings shift, so this is a conservative list of mostly standards and legends. Easy on the constitution, don't you know. . .

I'm doing a little housekeeping today, so first up here's a playlist from a couple of weekends ago when I covered Skip Lezama's Saturday morning show.