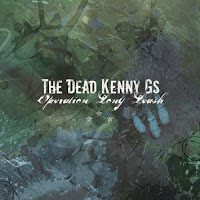 The title for The Dead Kenny G's Operation Long Leash, comes from the clandestine CIA operation in the late ‘40s to fund Abstract Expressionism as a means for Western culture to undermine the ideals of the Soviet Union during the early years of the Cold War.  Politics grabs the attention with the DKG's, but you'll stick around for the music. Skerik (saxes and keyboards), Mike Dillon (vibraphone, tabla, percussion), and Brad Houser (bass, baritone sax) provide a humorous, heady mix of jazz, funk, and (let's say it) heavy metal.  The group's second album continues the development of tight playing from these multi-instrumentalists, best evidenced in a song like "Black Truman (Harry the Hottentot"), which starts at the circus, brings on the funk, turns to a spy movie soundtrack, takes a run through the jungle, and comes back to the groove in the end. This album is filled with challenging, invigorating writing and playing that draws on the very widest range of influences -- with a big sound and a bigger sense of musical imagination. 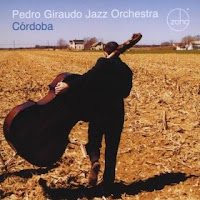 In its follow up to 2009's outstanding El Viaje, the Pedro Giraudo Jazz Orchestra has released Cordoba

.  Featuring compositions and arrangements from the Argentine bassist, both the songs and the charts are intricately put together, made all the more listenable by the exemplary musicianship.  These twelve musicians manage again and again to sound like a full jazz band, with the added bonus of their soloing, which is aggressive and adventuresome.  A song like "Duende del Mate" moves wonderfully through all strengths of the group -- lush harmonies, interlocking rhythms, and fine individual musicianship within the whole. 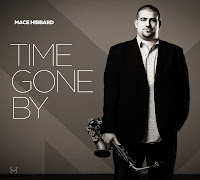 Almost every track on Mace Hibbard's latest, Time Gone By

is a standout.  Based in Atlanta, Hibbard is joined in his quintet by  Louis Heriveaux (piano), Marc Miller (bass), Justin Varnes (drums), Melvin Jones (trumpet), and it's evident in every bar that these guys have been playing together for some time.  Of the dozen songs on the CD, all but two are Hibbard compositions, each one interesting and memorable in both musical ideas and performance.  "Hollowed Ground," which seems at times to take its cue from the work of John Coltrane and McCoy Tyner, has a wonderful melody and break, with some gorgeous open-voicings and an exciting build in both Hibbard and Melvin Jones' solos.  The more you listen, the more you keep finding things to like.  Time Gone By is an album you should not let slip by unnoticed this year. 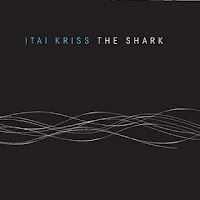 The title track from Itai Kriss' The Shark

tells you about you need to know about this flutist and composer:  the Israeli-born musician draws very much on wide range of musical influences -- jazz and classical, as well as Latin and even Middle Eastern sounds, all within the flexible framework of a top-notch band.  With Aaron Goldberg on piano, Omer Avital on bass, and Eric McPherson on drums, Kriss has a tight, confident context to present his writing and improvising. Better still, both John Ellis (tenor) and Avishai Cohen (trumpet) make appearances on The Shark, and Kriss' virtuoso chops are in fine shape as he more than holds his own -- he commands attention with the woodwind, bringing it to the front of things, which, with apologies to Ian Anderson and Herbie Mann, has not usually been the place for the flute.  But Kriss does it right. 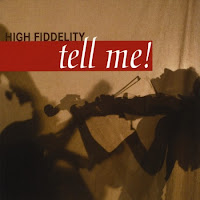 An interesting release comes to the CD stack from Germany, a group led by violinist Natalia Brunke called The High Fiddelity and their release Tell Me!

With all the compositions on the album by Brunke, there is still a sufficient variety of tempos and textures to keep the listener engaged from beginning to end.  Brunke seems to go out of her way to use the violin in a number of different ways -- as a lead instrument, as accompaniment, as percussion -- in each song, the most effective of which is "Desperation."  At times, one wonders why the Brunke-led group felt that it needed to lean so much on vocals -- which are perfectly fine, by Marina Trost -- as the arrangements and playing in instrumental sections is more compelling than the lyrical content.  Brunke would do well in her next release to simply play a little more, compose a little less, and let the strings and skins do the work.  Listenable, certainly, but falling a little short here and there. 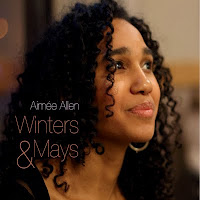 And finally, from among the scores of albums from one singer or another that arrive at the home office, a noteworthy release comes from Aimee Allen.   Based in New York, Allen is a private attorney by day, and is a jazz singer by night.  Winters and Mays

, while Allen's third album, is likely to appeal to a wide audience -- mixing a handful of well-chosen familiars ("Peel Me A Grape" and Sting's "Fragile" being the strongest) with Allen's own strong compositions.  Cool and swinging throughout, Allen's voice works well with her backing ensemble of piano, guitar, bass, and drums.  A song like "Eden Autumn and Noah, Too" displays both Allen's strength as a writer and her skill in swinging across tempo.  With a great voice, great intonation and control, and great musical intelligence, Winters and Mays is a great album for any season.