Now that summer in upon us (in Florida, summer in also known as "hurricane season"), I've got some time on my hands, and I'll be filling in for my friends over at WDNA a little bit more often.  I've got my usual "Take the morning off, Ed," gig this month, covering the Jazz Cafe for Ed Blanco tomorrow from 7 to 9 am.  In the first hour, I'll be playing the customary mix of jazz, blues, and creative backbeats -- honoring birthday boys Anthony Braxton, Oliver Nelson, and Winard Harper, in particular.  In the second hour, I'll rummage through the CD stack of new releases; right now I'm looking at Bran Lynch, Marc Copland, Pablo Held, Majid Khaliq, David Binney, Landon Knoblock, Diane Schurr, Mark Rapp, and the "Merv Griffin of Russian-American entertainment," singer Oleg Frish.  Tune in, if you please.  And if you're in South Florida, it's time to stock up on batteries and canned meat.

What does the death of Osama bin Laden mean in the bigger picture -- revenge, justice, closure, or something else?

I came across this fascinating page, and a cool project: A sculpture of the average keyboard, designed to show you how often particular letters of the alphabet are used.  Check it out the full story at The Mike Kneupfel ITP Experience. 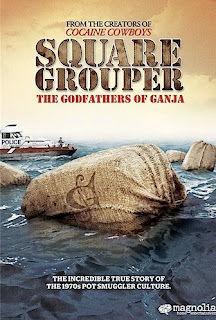 The latest film from documentary director Billy Corben and the crew at Miami's own Rakontur films is now available for download and  on disk. Square Grouper demonstrates Corben's growth as a storyteller, this time in a triptych of tales concerning marijuana smuggling in South Florida during the 70s and 80s.  If you haven't yet seen Cocaine Cowboys (about the shoot 'em up Miami of the coke smugglers) or The U (about the explosion of talent and controversy that was the University of Miami football program in the 80s and 90s), you will still likely find fascinating Square Grouper's knack for telling the bigger story within the smaller story.  The "ganja cult" of the Ethiopian Zion Coptic Church was brought down, in part, by backlash against the counterculture; the Black Tuna Gang ran afoul of the "Just Say No" policies in Washington; the Everglades City smugglers were victims of the desperation brought about by the removal of their rights to fish.  All in all, these stories show the paranoia that has driven much of the anti-marijuana efforts in the United States.  Gorgeously shot, well-paced, and laced through-and-through with an excellent sense of humor, Square Grouper can be enjoyed in the privacy of your own home.  For personal use only, download or purchase the film from Amazon,

or, better yet, fire up Netflix and watch it right now. 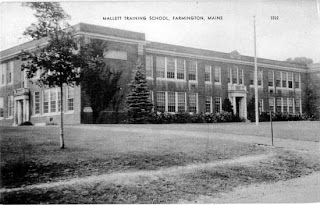 I entered kindergarten in 1973, and the school I attended from that point until the end of my fourth grade year, simply known to us kids as "Mallett," had already passed the half century mark.  The things I remember most about the school -- the dark wood and high, echoing hallways of the old east wing, the unique rules for kickball in the asphalt and brick space where we played at recess, the beautiful front lawn of the school's main entrance on Quebec Street -- will be gone very soon.  This Saturday, a community-wide party will comemmorate the school -- and then before you know it, demolition will begin.

Opened in 1931, Mallett school even when I attended had problems with heat, no way to prepare lunch to hundreds of kids, poor plumbing -- but we loved it anyway.  What made it special, as the cliche goes, was not so much the place, but the people.  Looking back on my classmates and teachers, I know now that I loved them -- thought I couldn't have understood it as such back then.  Among those who have experienced it, a stable, small-town life (especially in a place like Maine) engenders something very much like the love of family.  Sadly, sometimes, you have to move away to recognize that love.

Now, as a teacher myself, I know that there were some very good teachers at Mallett.  The quality of our learning was helped in no small measure by the presence of the University of Maine at Farmington just a couple of blocks away.  For a long time, UMF was known primarly as the state teacher's college (it's known for other things too, now), so young teachers-in-training were always turning up for a semester at time in our elementary classrooms.  I imagine that all my teachers must have been more focused and more professional than the average, if only because they were often being observed, often being called upon to mentor those who wished to take up the craft.  Although we never thought of it as a "training school," we loved the bright new teachers who showed up every few months.

The stronget memory I have, surprisingly, is that of playing basketball on Sunday mornings in the old, one-hoop half-gym at Mallett.  Starting in those later elementary school years and well into high school, every weekend (often after Sunday school at St. Joseph's) dear old Paul Sproul -- a friend of the family and my 5th grade math teacher -- would gather his son Joel, our friends Jason and Jim and maybe Flint (we know a guy named Flint!), and drive us over to Mallett, where we would pick up another few kids and play 3-on-3 until lunchtime.  On the sides of the gym, there were backboards hung at 8-feet, so we all used to practice our slam-dunks. Cedric "Cornbread" Maxwell breaks free of the defender and -- ka-BLAM!  Paul Sproul, the only grown-up among us, must have been well into his fifties at that point, and not much more than five-two, but there were days when he reminded us of Bob Cousy.  He had the no-look bounce pass ready for any opportunity.  Thank you, Paul, for all the hoops.

And thank you, Mallett School, on behalf of the 30,000 or so kids you helped educate over the years.  May the shipped-in sloppy joes always be sloppy, may second base always be the telephone pole before the drop-off, and may the air we all breathed between Middle, Quebec, and Perham Streets always carry the faintest echoes of all our laughter and singing.