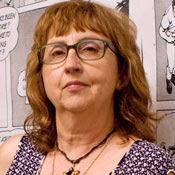 Joyce Braber, Pekar's widow, talks about a memorial in Cleveland and the comics legend's final work, a tribute to his hometown.


Listen on iTunes | Listen on Stitcher

PN Unscripted - John Connolly - 'The Infernals' and 'The Burning Soul'

Prolific Irish writer John Connolly talks about two new books -- 'The Infernals' and 'The Burning Soul' -- folk tales, and how to maintain your creative freedom.

Listen on iTunes | Listen on Stitcher

Review: Nica's Dream: The Life and Legend of the Jazz Baroness - David Kasten 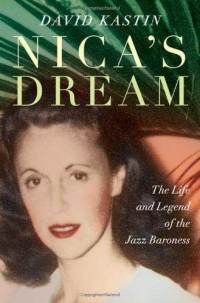 The first blurb on the back of the dust jacket of Nica's Dream: The Life and Legend of the Jazz Baroness comes from none other than Robin D. G. Kelley, author of the excellent biography Thelonious Monk: The Life and Times of an American Original.  While I have a general protest with the subtitling of biographies through various combinations of the words life, times, legend, and/or man/woman, the author of Nica's Dream, David Kastin has produced a fine book that does its best to present the narrative of a person whose life was ostensibly public, but really quite private -- even after 200 plus pages of narrative.

Kastin wisely opens his book with a treatment of the persistent and unkind rumors (now myths) surrounding Nica -- the Baroness Pannonica de Koenigswarter -- and her involvement in the death of Charlie Parker.  Although Kastin doesn't completely convey the chaos that Parker's life had become in the weeks before his death, he does establish that much of the mystery surrounding Nica's actual involvement Parker's death were largely a function of her usual mode of operation.  She was a generous patron of jazz, always willing to open her home, her purse, her kitchen (or room-service), and the door of her Bentley convertible to those musician who might need a place to sleep, a little money, some food, or even transportation.  One gets the sense that Parker could have expired in any one of a dozen living rooms, in the state he was in, and that the hype surrounding the particular circumstances of Bird's death had more to do with sexism, antisemitism, and cultural paranoia about "race mixing."  With all he Bird bunk largely debunked, Kastin can get on with Nica's story.

Briskly and entertainingly evoking the family background of the elite British Rothschild family, Kastin evokes the young Kathleen Anne Pannonica as a bright, adventuresome person who has a taste for the fullness of the world and, by the age of twenty-one, has flown her own plane.  Married to the French aristocrat, Baron Jules de Koenigswarter, the couple plays a daring role in the French Resistance, and by the time the war is over and the Baron has settled into the staid post as a diplomat, Nica and he had four children.  None of that stopped her from running off to New York to pursue her true love -- jazz.  It's the death of Parker and the perception of scandal surrounding it that gives the Baron occasion to divorce Nica.

For the better part of three decades, "the Jazz Baroness" played a central role in supporting scores of musicians in the New York scene -- Coleman Hawkins, Jon Hendricks, Sonny Rollins, Art Blakey, among others.  Most famously, of course, Nica was a friend and essential supporter of Thelonious Monk, whose "'Round Midnight" set her on the path to New York, and whose "Pannonica" was written in her honor.  At time, Monk's presence in Nica's world is so prominent, Kastin's book reads at times like another version of Kelley's Monk biography.  Having read both books, I venture to say that Kastin's book does a slightly better job of evoking Monk's final years, suffering from mental illness, living largely as a recluse in a room in Nica's modernist house overlooking the Hudson from its perch in Weehauken, New Jersey.

Kastin doesn't do too much needless psychological probing into the Baroness and her motivations for hanging out so much in the world of jazz musician.  As a modern, she understood the music; as a seeker of freedom, she understood very well what largely African-American artists were seeking to achieve through their work; as a generous and kind soul, she could provide what was needed to those for whom so much was denied.  Also admirable is Kastin's avoidance of speculation about Nica's romantic liaisons, which would have quickly diminished her importance as a serious patron of the music.

Frustrating for both the reader and, no doubt, Kastin, was the relative lack of access to Nica's family members, who were reluctant to go on the record about the Baroness.  In a similar way, but much more profoundly for jazz scholars in general, is the unheard archive of tapes -- hundreds made over many years -- the Baroness made of the conversations, jam sessions, and works-in-progress that happened in her hotel suite and Weehauken house.  No doubt in years to come the Rothschild family will be more cooperative in interviews and in letting scholars examine that huge audio archive. For all the significant limitations to primary sources that Kastin appears to have encountered, he's done a fine job of distinguishing the life of Pannonica de Koenigswarter from the legend of Nica.  Read in conjunction with Kelley's biography of Monk, Nica's Dream completes a close portrait of a profound artistic friendship, as well as a broad landscape of the New York jazz scene in the 1950s and 60s.