In a very silly statement, FIFA President Sepp Blatter, has suggested that gay folk attending the 2022 World Cup in Qatar, "should refrain from any sexual activities."  Setting aside the matter that Qatar gave women the right to vote in just 1999, that alcohol consumption is largely forbidden, it remains very clearly on the books that "sodomy" (unnatural sex acts) between consenting adults is illegal in the country, and punishable by up to five years in prison.  Without knowing too much about Qatar, however, I would hate to indulge in the sort of speculation that fans the flames of anti-Islamic sentiment. One would imagine that, in practice, those with the money and prestige to travel to watch the World Cup would be largely free to eat, drink, and be merry in whatever manner they please -- provided they do it in the social "free trade zones" of tourist hotels and other venues.
No, my beef is with Sepp Blatter, who, although he might think what he thinks about gays and lesbians, should have kept his mouth shut -- even if it ran the risk of offending the Qatar monarchy. Although Blatter naively insists that by 2022, discrimination will not be an issue, I am more skeptical.  If we can skip right over the bigoted jokes about soccer being gay, or this or that team as being gay, or this or that player as being gay, those of us who are secure in our straightness will understand that, for most of the secular free world, if you are marketing anything, you should generally market to as many people as possible.  If I have the money, I'm not sure I'd be going to the 2022 World Cup.  Maybe I'd give my money to one of my gay friends or relatives, so they could travel there just to have sex in the privacy of a Qatar hotel room.
Then again, maybe most people at the World Cup just want to watch some soccer.  At $150 a ticket, before travel, food, and lodging expenses, I'd certainly much rather be thinking about soccer than about people I don't know having sex in a way that doesn't interest me.
The real story here isn't about sex and sexuality, or the more broad problem of alcohol consumption in a "dry" nation -- it's about having a modern, secular, global event in a nation that wants to be modern, secular, and global only as a matter of status, but the rest of the time prefers for most of its day-to-day workings to be antiquated, doctrinaire, and provincial.  Sepp Blatter has had a long and mixed tenure as the head of FIFA, and this seems to be another sign that it's time for him to leave.  And before it's too late, let's find another place to host the World Cup in 2022.  How about the Netherlands?

This year's winner of the Man Booker Prize, Howard Jacobson (The Finkler Question

) lists the five greatest novels about failure -- oddly enough, in the Wall Street Journal. Cautionary tales for capitalists?  For my money, I'll take the hilarious and horrifying debut novel from Frederick Exley, A Fan's Notes

, a magical journey through mental illness, alcoholism, obsessive sports fandom, and extended periods of couch-bound lethargy. Published in 1968, A Fan's Notes is far and away Exley's best known book, a flash of brilliance from a writer who never seemed able to get out of his own way, and who died in 1992.

PN Archives - The Pope, Frank Constanza, and Me 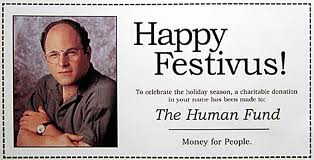 A Festivus for the rest of us -- join the secular celebration on December 23.  From the Passing Notes archives.

After a week of technical difficulties, we're up and running again.

While I'm always a little skeptical of doing these end-of-year best of lists, but people have asked if I'm going to put one together, so here it is.  The releases are in no particular order and are my attempts to combine my taste with a sense of canon as well. 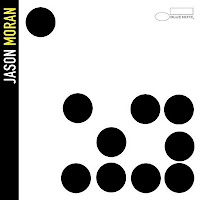 , Patrick Cornelius
You Can Have Your Moment

, Jason Moran
Lost in a Dream